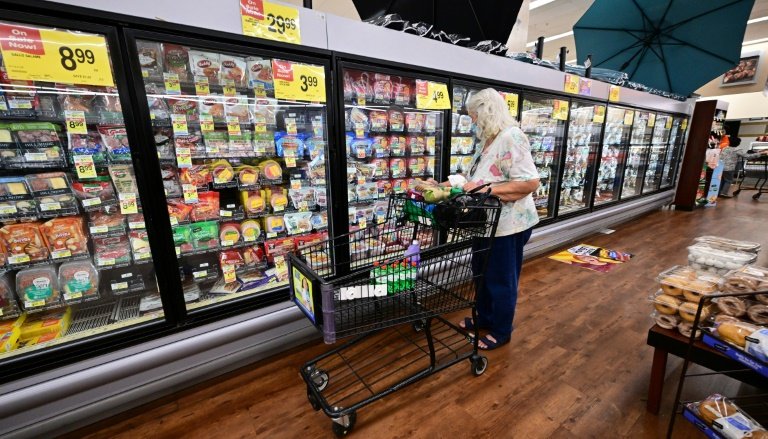 With energy costs dropping in recent weeks, the CPI dipped to an annual rate of 8.5 percent in July / © AFP/File

Red-hot US inflation cooled slightly in July, which could open the door for the Federal Reserve to dial back its aggressive interest rate hikes while bringing a much-needed boost to President Joe Biden just months before crucial midterm elections.

But the big surprise was that the latest data showed the key inflation index was flat compared to June, a dramatic shift from the steep jump the prior month. Other than the drop in prices seen at the start of the pandemic, it was the first time monthly CPI was unchanged since June 2019.

"Today we received news that our economy had zero percent inflation in the month of July. Zero percent," Biden said at a White House event.

"We are seeing signs that inflation may be beginning to moderate," he said, although he acknowledged that the global challenges remain and the economy could face "additional headwinds."

When volatile food and energy prices are excluded from the calculation, the so-called core CPI rate rose just 0.3 percent in the month -- the smallest in four months -- according to the report. But the annual increase remained stuck at the same level as June. 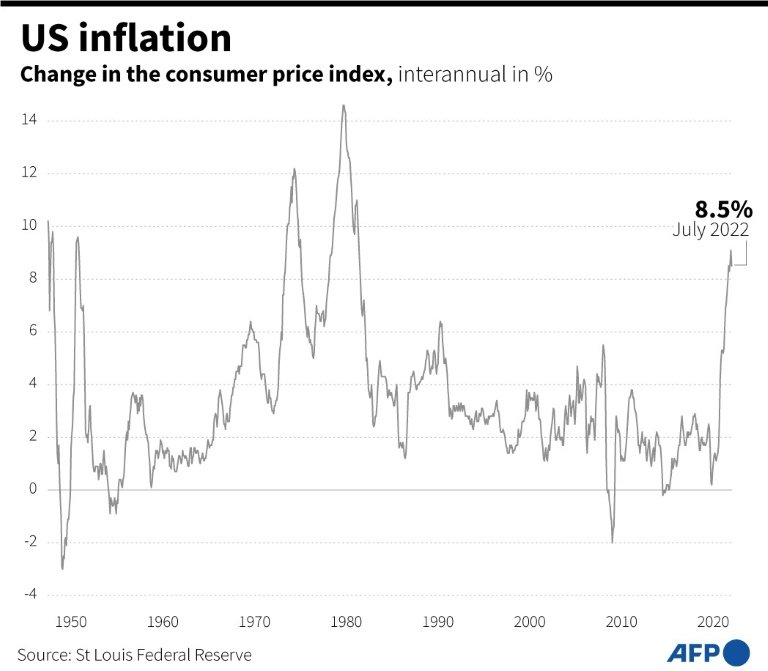 Soaring prices have squeezed family budgets -- and by extension Biden's popularity -- with many costs still rising, especially food and housing.

Republicans have renewed their criticism of Biden's economic policy, warning that Sunday's passage in the Senate of his massive climate and health care bill titled the "Inflation Reduction Act," would do the opposite of its stated purpose.

But the president said his plan is working.

In addition to cooling inflation "jobs are booming" and wages are rising, he said. "That's what happens when you build an economy from the bottom up from the middle out."

"Our work is far from over... (but) the economic plan is working."

- Devil in the details -

Still, the devil is in the details.

Economists caution against taking too much solace from a single good report, or betting the Fed will ease up on its anti-inflation campaign.

The US central bank has increased borrowing costs four times this year, to a range of 2.25 to 2.5 percent, including two consecutive 0.75-point hikes. 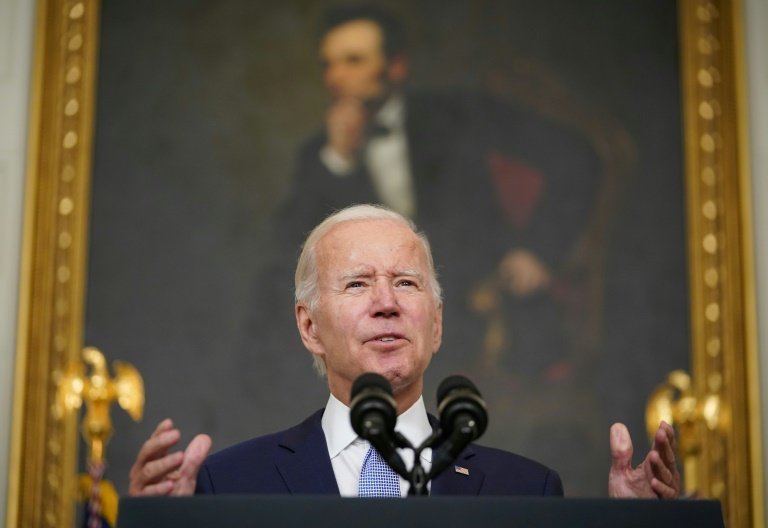 Fed officials have made it clear that a third jumbo rate increase remains on the table at next month's policy meeting.

Neel Kashkari, head of the Minneapolis Fed Bank, said while the latest data is welcome "this is just the first hint that maybe inflation is starting to move in the right direction."

Policymakers are "far, far, far away from declaring victory," he said at a conference Wednesday, and they remain committed to bringing inflation back down to the 2 percent goal.

But investors did not let the comments spoil their optimism. Wall Street shares soared, with the benchmark Dow gaining more than 500 points, even as economists say the Fed is likely to produce another big rate hike next month.

The question now facing Washington is whether it will be possible to bring inflation down without plunging the world's largest economy into recession, after two quarters of economic contraction in the first half of the year.

Spending has remained resilient and the US enjoys a robust jobs market, which pushed the July unemployment rate to the pre-pandemic level of 3.5 percent.

But that has a downside: There are still nearly two job openings for every available worker, and labor costs have risen sharply, which pushes wages up and fuels more inflation.

"Coupled with strength in job growth and wages, the data support the case for another aggressive rate hike in September," she said in an analysis.