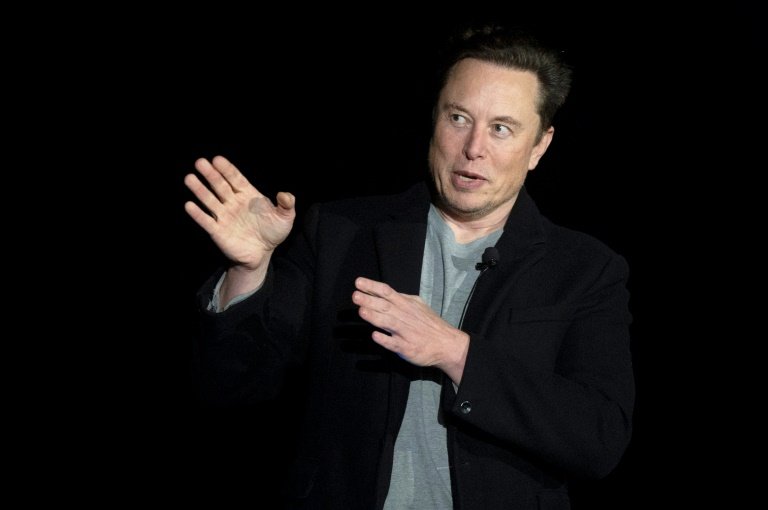 Elon Musk has sold nearly $7 billion worth of Tesla shares, according to legal filings, amid a high-stakes court battle with Twitter over a $44 billion buyout deal.

The billionaire offloaded about 7.9 million shares in the electric carmaker between August 5 and 9, according to documents filed with the Securities and Exchange Commission on Tuesday.

"In the (hopefully unlikely) event that Twitter forces this deal to close and some equity partners don't come through, it is important to avoid an emergency sale of Tesla stock," Musk, the world's richest man, said on Twitter late Tuesday.

The social media network is locked in a legal battle with the mercurial Tesla boss over his effort to walk away from the April agreement to buy the company, and a judge has ordered the trial to begin in October.

Musk has filed a countersuit, accusing Twitter of fraud and alleging the platform misled him about key aspects of its business before he agreed to a $44 billion deal.

The latest move comes after Musk sold around $8.5 billion worth of Tesla shares in April as he was preparing to finance the Twitter deal. He tweeted at the time: "No further TSLA sales planned after today."

Musk has now sold about $32 billion worth of Tesla shares since November.

Dan Ives de Wedbush Securities said he thinks the Twitter purchase will go ahead in the end.

"Musk has now sold enough TSLA stock to fund the Twitter deal which looks more likely," he told AFP. "This selling pressure has been an overhang on Tesla's stock and for now the pressure is gone as the agita is gone."

But he notes in an analysis that there are multiple options to the drama.

"We can also see Musk trying to resolve this powder keg situation before the Twitter deal officially heads to court in October," Ives said.

Tesla share prices have been tied to the fate of the Twitter deal in recent weeks, first slumping over concerns that pursuing the purchase could distract Musk and lead to unnecessary financial risk, and then rebounding when he said he wanted to abandon the takeover.

The Twitter deal included a provision that if it fell apart, the party breaking the agreement would pay a termination fee of $1 billion under certain circumstances.

At a net worth of $250 billion, Musk tops the Bloomberg Billionaires Index, although he has lost $20.1 billion since the start of the year, mainly due to the decline in Tesla's stock price.