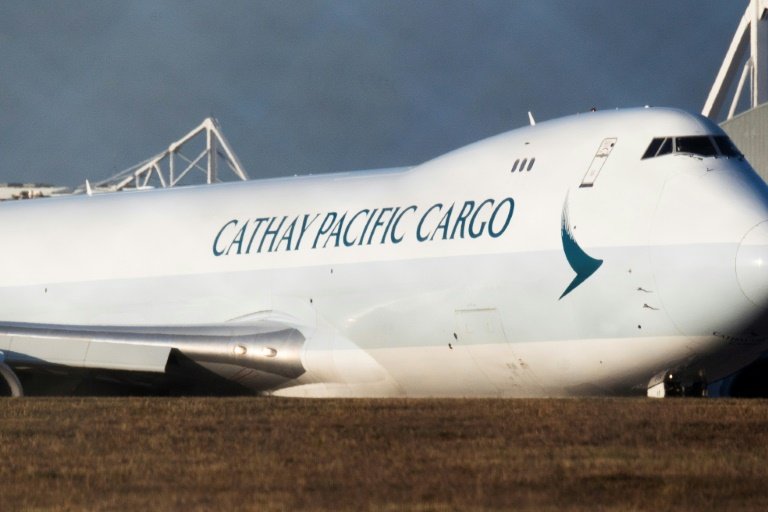 Hong Kong carrier Cathay Pacific on Wednesday reported losses had narrowed in the first half after an "extremely difficult start" to the year, but said its capacity will improve in coming months as travel sentiment improves.

The US$637 million loss in January-June was narrower than the US$968 million deficit suffered in the same period last year, as the airline benefited from strong cargo demand and cost-cutting measures.

But he added that the airline was gearing up for borders reopening and expected a stronger second-half.

Cathay aims to boost passenger flight capacity to a quarter of pre-pandemic levels by the end of 2022, while it is looking to lift cargo capacity to 65 percent, Healey said.

The airline carried 335,000 passengers in the first half of the year, more than double that of the same period in 2021, bringing in US$263 million in revenue. Income from the cargo unit jumped 9.3 percent to US$1.5 billion.

Total revenue was up 17 percent on-year at US$2.4 billion.

Hong Kong has taken tentative steps toward reopening its borders after being internationally isolated for two and a half years owing to strict Covid rules for travellers.

On Monday authorities said visitors would now have to spend just three days in hotel quarantine, down from seven and much lower than the three weeks earlier in the year.

Cathay praised the adjustments as "positive steps" but pressed the government to "urgently provide a clear roadmap" to remove all pandemic-related restrictions on passengers and aircrew.

The firm's ability to operate more flights "continues to be severely constrained by a bottleneck on crewing resources under the existing quarantine requirements", Healey said on Wednesday.

Last month, Hong Kong also suspended a circuit-breaker mechanism that penalised airlines for bringing in coronavirus cases -- which had affected numerous Cathay routes, including for key markets such as the United States and Britain.

The airline operated just 29 destinations in January, compared with more than 100 before the pandemic.

Hong Kong authorities are hinting at a potential international reopening in November, timed to coincide with the high-profile Rugby Sevens tournament and a banking summit.

Cathay is bringing aircraft parked overseas back to Hong Kong and is aiming to hire more than 4,000 front-line employees over the next 18 to 24 months, Healey said.

In June, Hong Kong also extended the drawdown period of a US$1 billion bridge loan to Cathay -- the second time in two years -- as part of a US$5 billion government bailout to help the airline weather the pandemic.

Hong Kong's home carrier suffered a reputational blow earlier this year when a coronavirus outbreak was traced to two of its flight attendants who breached their quarantine rules. They were fired and later prosecuted.