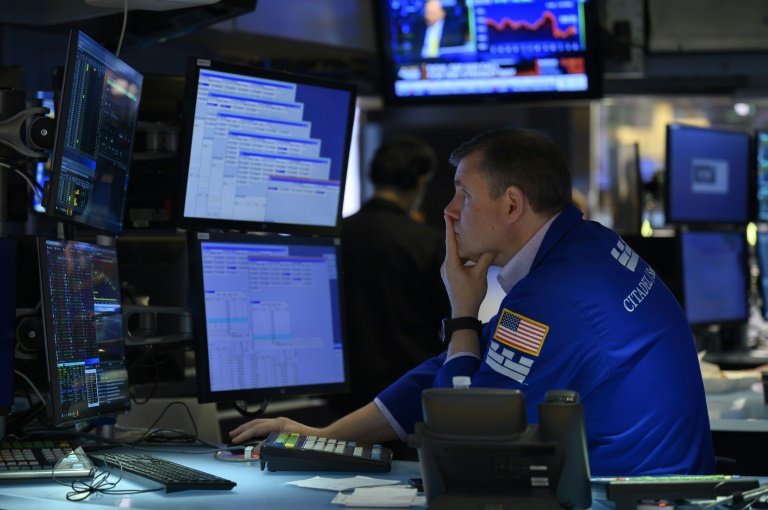 Stock markets bounced on Wednesday as better-than-expected US inflation data raised hopes that the US Federal Reserve will tone down its aggressive interest-rate policy.

With energy costs dropping in recent weeks, the annual US consumer price index eased to 8.5 percent in July from a 40-year high of 9.1 percent the previous month, the Labor Department reported, while the monthly rate was unchanged -- a big surprise.

Signs that inflation could be coming off the boil in the world's biggest economy could persuade the Fed to move much more gradually.

Investors had been worried that too steep an increase in borrowing costs could choke off economic recovery.

Wall Street soared on the news, while the dollar took a tumble.

European stock markets closed firmly in the black after falling earlier in the day.

"The slowdown in US inflation was anticipated, but was sharper than economists had expected," said Asteres analyst Sylvain Bersinger.

"Softer US inflation will brake the interest rate hikes."

But economists and Fed officials warned against that hopeful view saying inflation is still high, and a third consecutive, 0.75-percentage-point hike remains possible.

"This is just the first hint that maybe inflation is starting to move in the right direction," said Minneapolis Fed chief Neel Kashkari, adding that "we are a long way away from saying that we're anywhere close to declaring victory."

The data on Wednesday come at a sensitive time for world markets, which have been buffeted by the war in Ukraine, supply chain snarls and rising China-US tensions over Taiwan.

While the latest earnings season has been less painful than feared, there are increasing signs that the economic slowdown is beginning to impact companies, with some major firms -- including Apple and Amazon, and chipmakers Micron and Nvidia -- providing downbeat outlooks.

On the oil markets, crude prices rose but remain stuck around six-month lows, as the prospect of lower demand caused by a possible recession has essentially wiped out all of the gains seen since Russia's invasion of its neighbor in February.

But Edward Moya, analyst at OANDA trading group, said the market was unlikely to fall much further.

"Whatever crude demand destruction that occurs from a weakening global economy won't be able to drag down oil prices much lower given how low the supply outlook remains," he said.