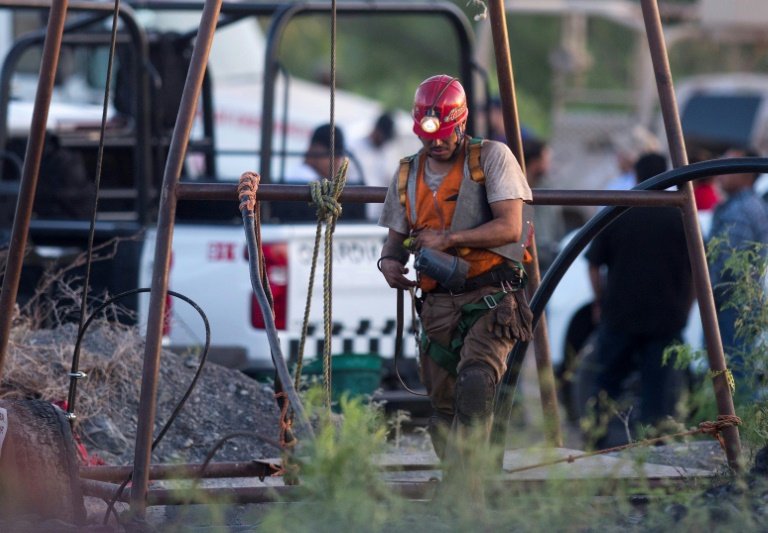 Rescuers will deploy an underwater drone as part of intensified efforts to save 10 workers trapped for five days in a flooded coal mine in northern Mexico, authorities said Monday.

The device provided by the navy has a high-resolution camera and light to identify possible obstacles without putting lives at risk, civil defense national coordinator Laura Velazquez said.

Work continued to pump water from the mine in Agujita in the northern state of Coahuila to make it safe enough for rescuers to go inside.

The military said that it was hoped rescuers would be able enter to one of the shafts in the middle of this week if the water level drops to 1.5 meters (around five feet).

The mine shafts descend about 60 meters and the water inside the one that rescuers plan to go into was 19.4 meters deep, down from more than 30 meters initially, officials said. 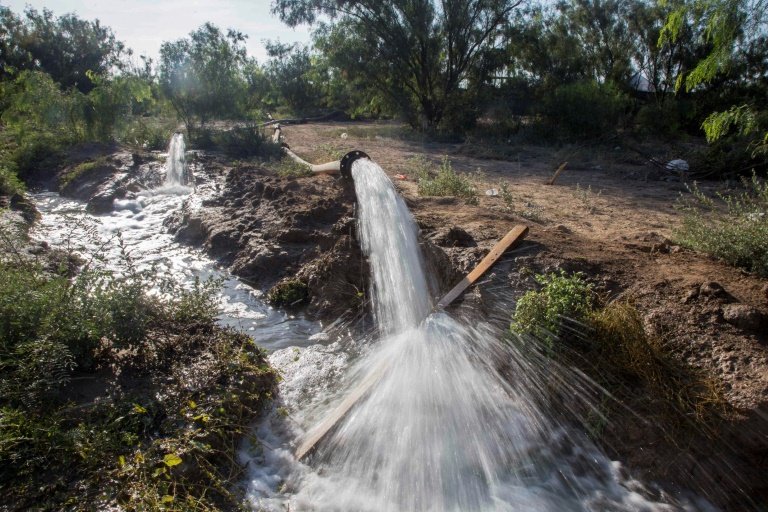 "We're hurrying to remove the water so that the rescuers can enter," said President Andres Manuel Lopez Obrador, who visited the site on Sunday and urged greater efforts to save the miners.

Around 300 liters were being pumped out each second, he told reporters back in Mexico City.

"Everyone has faith. No one is thinking about anything other than the rescue," he said.

Authorities said the miners had been carrying out excavation work when they hit an adjoining area full of water.

Five workers managed to escape from the crudely constructed mine in the initial aftermath of Wednesday's accident, but there has been no contract with the others.

With each passing hour relatives were becoming increasingly desperate and more reluctant to talk to the media.

Authorities reinforced a security cordon around the mine, about 1,130 kilometers (700 miles) north of Mexico City.

Several hundred soldiers and other personnel, including six military scuba divers, are taking part in the rescue effort, according to the government. 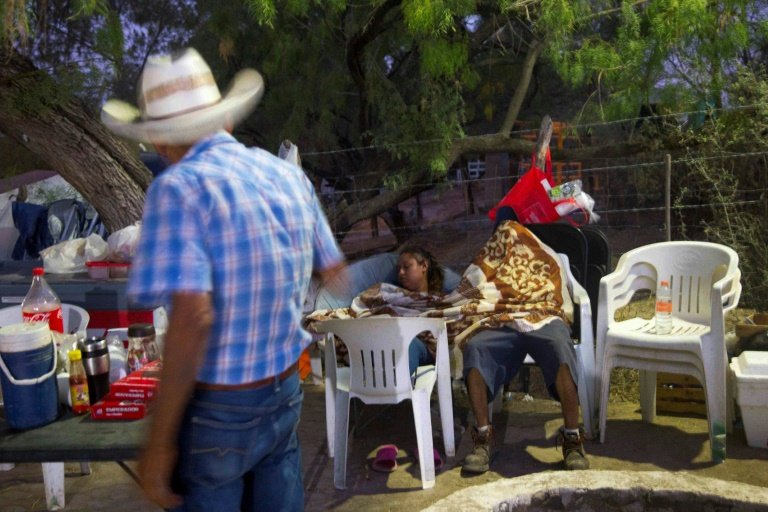 The Attorney General's Office said on Sunday that it asked the labor ministry to provide information on safety inspections carried out at mines in the area to determine the cause of the accident.

Coahuila, Mexico's main coal-producing region, has seen a series of fatal mining incidents over the years.

Last year, seven miners died when they were trapped in the region.

The worst accident was an explosion that claimed 65 lives at the Pasta de Conchos mine in 2006.

Only two bodies were retrieved after that tragedy and the families have repeatedly urged the Mexican authorities to recover the others.

Rogelio Mireles worked in the Pasta de Conchos mine at the time but by a twist of fate was not there on the day of the disaster.

The latest accident is "something very painful -- we experienced it firsthand," said the 36-year-old, who now works at a supermarket near where the 10 workers are trapped.

Digging for coal in makeshift mines like the one in Agujita is much more dangerous than working in industrial mines, Mireles said.

But "there's no alternative. People need to work," he said.