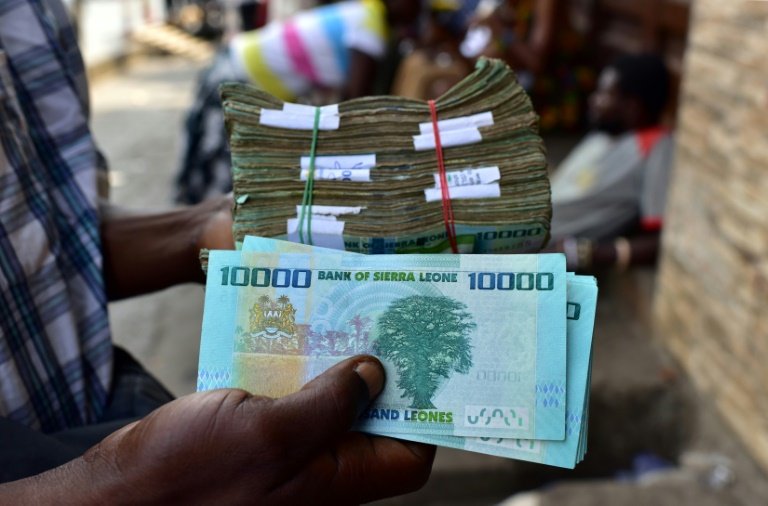 Bundles of old leone banknotes, which are being phased out by the revaluation scheme / © AFP

Sierra Leone on Friday introduced a new family of banknotes, stripping three zeros off the leone, in a bid to restore confidence in the inflation-hit national currency.

The Bank of Sierra Leone announced the move last August, insisting the public's purchasing power would not be affected by the change.

"We have removed three zeros from our banknotes but the money yesterday is the same value as today," President Julius Maada Bio said at ceremonies at the central bank where the new bills were unveiled.

A note of 10 new leones is the equivalent of a note of 10,000 old leones, which changes hands for around 75 US cents.

Year-on-year inflation in the West African state was 24.87 percent in May, according to the national statistics agency.

Rising prices had driven the printing of banknotes, resulting in a mountain of paper money that is costly to sustain and unwieldly for the public.

"We are removing the 'zeros of shame' to get the currency properly aligned," Morlai Bangura, a central bank director, told AFP earlier in the week.

He said the bank had begun distributing the new paper notes to commercial banks last week.

On Friday, customers braving the rain queued at commercial banks to swap their old banknotes for new ones.

"The changing of our currency is necessary -- we were used to carrying bags to the bank to withdraw our money, but not anymore," Alice Frazer, 70, said after exchanging her notes at the Sierra Leone Commercial Bank, a state-owned bank in central Freetown.

The new banknotes have a similar design to the old ones but are smaller in size.

"Our current currency is too big to fit into a wallet and we spend too much money printing oversized banknotes," Kelfala Murana Kallon, the central bank governor, told reporters last August as he announced the move.

The central bank declined to comment on the cost of the operation.

Sierra Leone's eight million people live in one of the poorest nations in the world, ranking 182 out of 189 countries in the UN's Human Development Index. 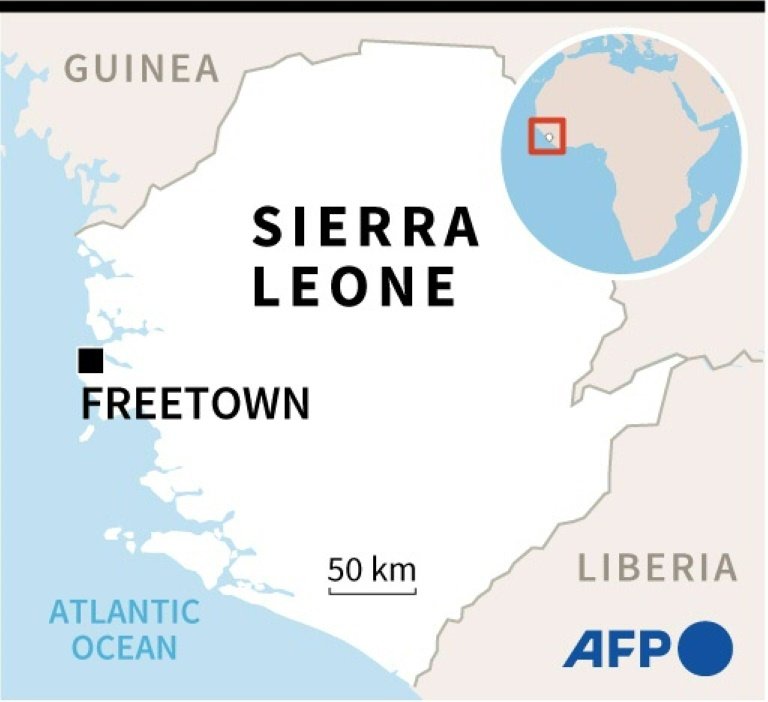 Efforts at rebuilding were set back by an Ebola epidemic in 2014-2016, a fall in world commodity prices and the coronavirus epidemic -- all of which have disrupted trade and investment and hit exports.

Sierra Leoneans will be able to use both the old and new notes during a transition period until September 30.

From October 1, the old currency will cease to be legal tender.

The public will be able to swap the old currency for the new one until November 15, Kallon said in a statement.