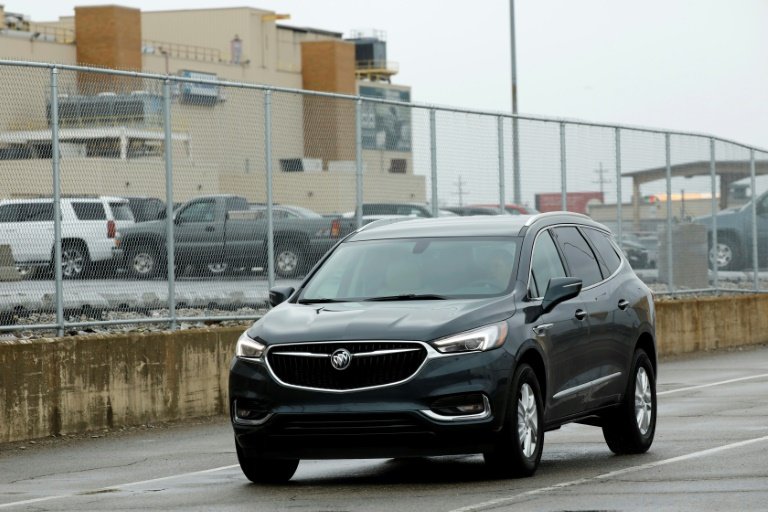 General Motors said it is holding 95,000 partially-built vehicles in need of components that it expects to deliver by the end of 2022 / © AFP/File

General Motors, Toyota and other automakers suffered a hit to US sales in the latest quarter as supply chain woes continued to crimp inventories, according to results released Friday.

The Detroit giant said it is holding 95,000 partially-built vehicles in need of components that it expects to deliver by the end of 2022.

Such maneuvers have become the norm over the last year as manufacturers try to make headway on as many high-margin vehicles as possible amid limited supply of semiconductors and other key items.

On the positive side, GM said it scored strong sales for its pickup trucks, the Chevrolet Silverado and GMC Sierra, despite low inventories. And "pent-up demand" drove sales growth in other vehicles, including the Chevrolet Camaro and Chevrolet Colorado.

GM reaffirmed its full-year profit outlook, but its second-quarter net income range of between $1.6 billion and $1.9 billion lagged consensus estimates.

Meanwhile, Toyota reported sales of 531,105 over the same period, a drop of 23 percent compared with the 2021 quarter, and the Japanese company also cited "ongoing inventory challenges" hindering its dealerships.

A bright spot has been a jump in sales of Toyota's electric vehicles, which have comprised more than 25 percent of Toyota's sales so far this year.

Cox Automotive has forecast a 19.3 percent drop in US auto sales for the second quarter.

"Even though economic conditions have worsened in the past months, the lack of supply is still the greatest headwind facing the auto industry today," said Charlie Chesbrough, senior economist at Cox.