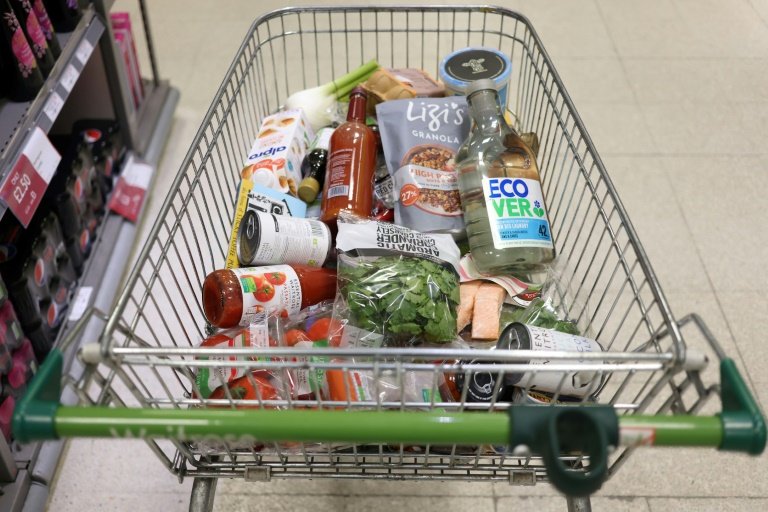 Consumer price inflation in the 19 countries that use the euro soared to 8.6 percent in June, up from the prior record of 8.1 percent in May / © AFP

The dollar, the safe-haven currency, jumped one percent against the pound on rising expectations of a recession, while oil rebounded on tight supplies.

The EU's Eurostat data agency said annual consumer price inflation in the 19 countries that use the euro soared to 8.6 percent in June, up from the prior record of 8.1 percent in May.

The ECB stated last month that it will deliver its first interest rate hike in more than a decade in July to combat inflation.

Eurostat added Friday that core inflation -- stripping out volatile components like energy and food -- slowed to 3.7 percent from 3.8 percent, helping equities to calm heading into the weekend pause.

Data showing US consumers -- the backbone of the world's top economy -- were growing increasingly reticent about spending dealt a fresh blow, with New York's S&P 500 index suffering its worst first-half performance since 1970.

With the war in Ukraine showing no sign of ending -- keeping energy costs elevated -- there is an expectation that borrowing costs will continue to rise and send economies into recession.

Losses across world markets this week come after a rally last week fuelled by hopes that an economic slowdown or signs of recession would lead central banks to ease off their monetary tightening drive.

But comments from top finance chiefs, including Federal Reserve boss Jerome Powell, suggest they are willing to endure the pain of a contraction as long as they can rein in prices -- which are rising at their fastest pace in 40 years on both sides of the Atlantic.

"Instead, the market's obsession is turning from inflation to recession fears. Given the steep declines in stock prices this week, much of the bad news is priced in for now, until it starts again next week," she added.

The grim global economic outlook has also weighed on bitcoin, which has dropped back under $20,000.