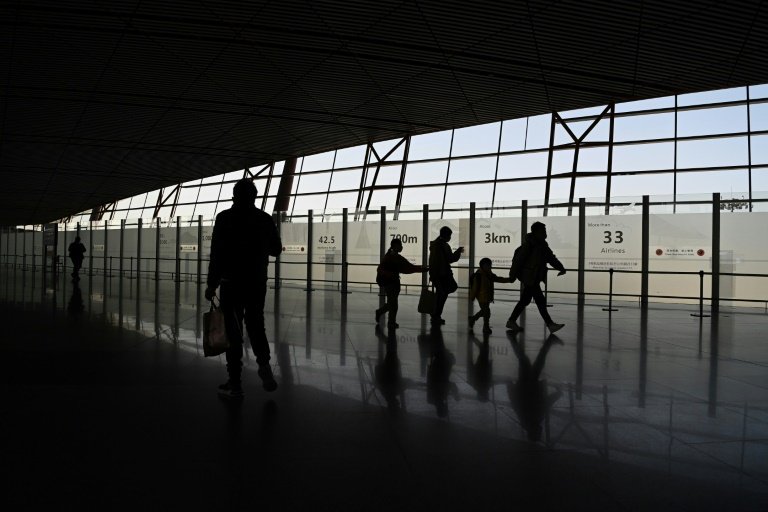 Business activity in industries severely hit by the pandemic, such as air travel, picked up in June, according to China's National Bureau of Statistics / © AFP/File

China's factory and services activity picked up in June, official data showed Thursday, fuelled by the easing of Covid-19 restrictions in major cities such as Shanghai and Beijing.

The non-manufacturing Purchasing Managers' Index (PMI), a key gauge of activity in the world's second-biggest economy, defied expectations and surged to 54.7 points in June after three months of sluggish performance.

It was the first time since February that the reading was above the 50-point mark separating growth from contraction. It sat at 47.8 in May.

"As the situation of domestic epidemic prevention and control continued to improve and a package of policies... to stabilise the economy was implemented at a quicker pace, the overall recovery of our country's economy has accelerated," National Bureau of Statistics (NBS) senior statistician Zhao Qinghe said in a statement.

In particular, business activity in industries severely hit by the pandemic such as rail and air transport picked up in June, the statement said.

Manufacturing PMI rose to 50.2 points in June -- similar to analyst expectations -- up from 49.6 in May.

As work resumed after Covid lockdowns, production and demand in the sector picked up and delivery times improved, according to the NBS.

China is the only major economy still pursuing a zero-Covid approach of eliminating outbreaks as they emerge, using snap lockdowns and mass testing.

While the country is shortening quarantine times for new international arrivals, President Xi Jinping warned this week that China "would have faced unimaginable consequences" had it adopted a herd immunity or hands-off approach, signalling the government would persist with its current policy.

The approach has taken a harsh toll on the economy, with shops and factories forced to stop operations and supply chains strained.

The non-manufacturing rebound in June was "mainly due to more construction activity", said Iris Pang, chief economist for Greater China at ING.