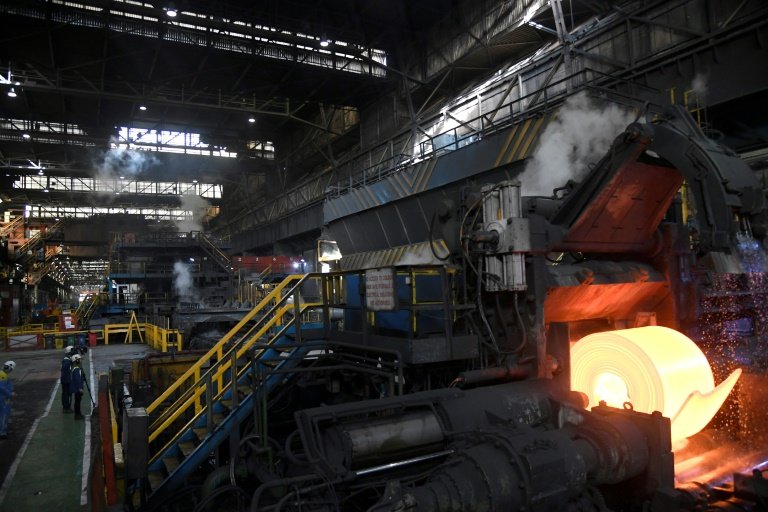 "A strategic steel industry is of the utmost importance to the UK, especially given the uncertainty of political and economic waters that we are currently all charting," Trevelyan told parliament.

"Trade remedies are one of the ways that government can protect their businesses.

"They tackle issues of dumping, of unfair government subsidies, or ... give businesses time to adjust to unforeseen increases in imports," the minister added.

Tariffs for certain steel product categories imposed on developed countries and China have now been extended to June 2024.

"It is in the economic interest of the UK to maintain these safeguards, to reduce the risk of material harm if they were not maintained," Trevelyan told lawmakers.

After Britain's departure from the European Union, the country rolled over quotas and tariffs on 10 steel products until mid-2024.

The UK has now decided to extend temporary safeguards on five other categories for "a further two years", Trevelyan said.

"I have... concluded there would be serious injury, or the threat of serious injury to UK steel producers, if the safeguards on the five additional categories were to be removed at this time," the minister added.

Wednesday's decision sets the government on a collision course with the WTO.

"The decision to extend the safeguards on the five product categories departs from our international legal obligations under the relevant WTO agreement," Trevelyan conceded.

Prime Minister Boris Johnson on Sunday said the government had to make "tough choices" to support the production of steel, used heavily in construction.

One was in the former industrial city of Wakefield, a seat in northern England that had switched to the Conservatives at the previous general election.

The government hopes action on steel will bolster support in such areas, observers say.

Britain's steel industry has been severely depleted in recent decades, with former state-owned British Steel struggling to survive in the face of international competition.

Among the nation's remaining producers is Indian-owned Tata Steel.