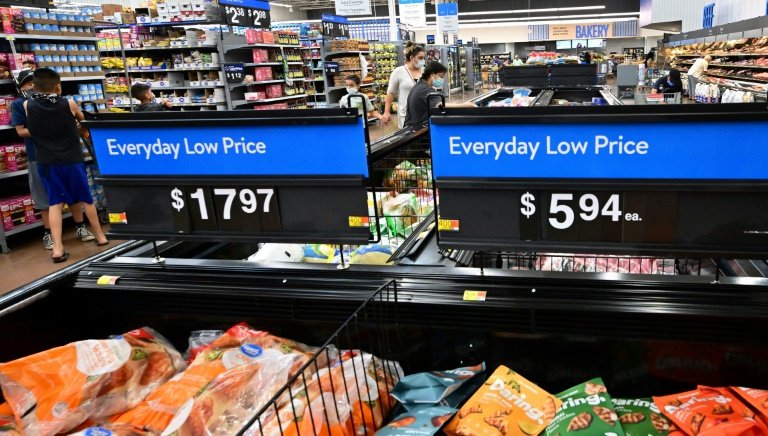 With no end in sight for the war in Ukraine, the disruptions caused to the supply of energy could keep prices high for some time to come / © AFP

Inflation has surged back to levels not seen in many developed economies since the 1970s and 1980s. Economists and central bankers at the European Cental Bank's conference in Portugal warn it will take time before price rises cool.

For the ECB, established in 1998 to oversee the European single currency, the burst of inflation is without precedent.

"The current levels of food and industrial goods inflation have not been seen since the mid-1980s," ECB President Christine Lagarde said in her remarks at the conference on Tuesday.

Likewise, the "increase in the relative price of energy in recent months is much higher than the individual spikes that occurred in the 1970s" during the oil shock, Lagarde said.

The take-off in inflation, over eight percent in the eurozone in May, was at the end of a "a sequence that happens in a chaotic world", Richard Baldwin, an economics professor at the Graduate Institute of Geneva, told AFP.

The supply shock caused by the the outbreak of the coronavirus pandemic in 2020 had been followed by a "demand twist" where people used their money more on goods, Baldwin said.

Instead of seeing this fading, the Russian invasion in Ukraine is causing "a huge spike in fuel and food prices" and heaping pressure on inflation, he said.

But it is not just energy. As health restrictions fall away, consumers are turning back to services, while the pent-up demand for tourism is being released, Lagarde noted.

"There is no playbook for this inflation," said economist Baldwin.

With no end in sight for the war in Ukraine, the disruptions caused to the supply of energy could keep prices high for some time to come.

Domestic factors could also prop up high inflation rates, with workers demanding higher and higher compensation to make up for the rising cost of living.

- What can central banks do? - 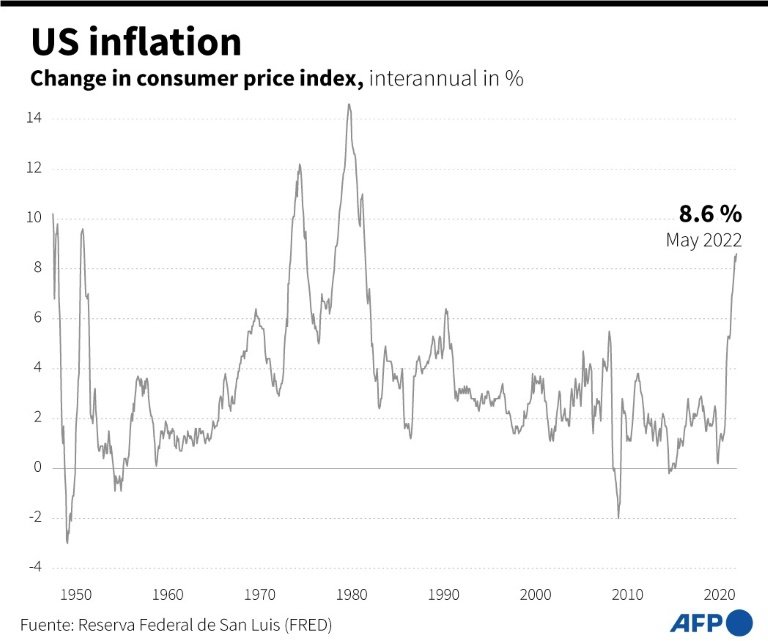 The message put out by central banks is one of their most powerful tools to calm markets and control prices.

But the task at hand "has become quite difficult in view of high inflation numbers" and as "people feel high inflation every day when they're buying food or going to the gas station", Isabel Schnabel, a member of the ECB's executive board, told AFP.

"We can do little about current inflation, but we will take decisive measures so that inflation returns to our (two-percent) target over the medium term," Schnabel said.

"Once inflation is there and it starts to increase the expectations and wages, monetary policy should act," Sebnem Kalemli-Ozcan, an economic professor at the University of Maryland, told AFP.

That is what the ECB has planned to do, announcing an interest rate hike for July, its first in over a decade. But the Frankfurt-based institution has to be careful not to completely choke off sputtering growth.

"The question is not if the prices will go down after some time, but what will happen to growth," Kalemli-Ozcan said.

That is why comparisons are being made with the 1970s and the "stagflation type of situation" where inflation persisted while growth rates faltered, she said. "In Europe there is a risk of stagflation."