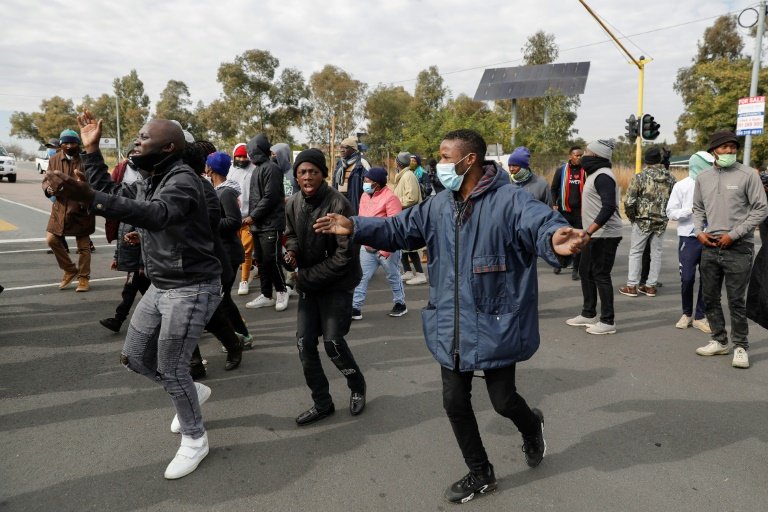 Power cuts are a major source of frustration in South Africa, where protests broke out near Eskom's offices last year / © AFP

South Africa, a country plagued by power shortages, on Tuesday imposed the toughest electricity rationing in two and a half years after labour disputes disrupted production at several plants.

Stage 6 means that South Africans will now experience multiple cuts per day, each lasting between two and four hours, on a rotational basis.

The power utility Eskom, which generates more than 90 percent of the country's energy, has been hit by strike action over wages since last week.

"Eskom is in this position because of the industrial action which has meant that in many power stations up to 90 percent of the staff could not attend to the duties... because of intimidation," State Enterprises Minister Pravin Gordhan told a media briefing shortly after the ramped-up rationing kicked in.

The blackouts are "causing huge amount of damage to South Africa's reputation", he said.

Unions on Tuesday announced they have made "considerable progress" in wage negotiations, and urged Eskom workers in a statement "to normalise the situation".

Power cuts are a major source of frustration and discontent in South Africa, where protests broke out near Eskom's offices last year.