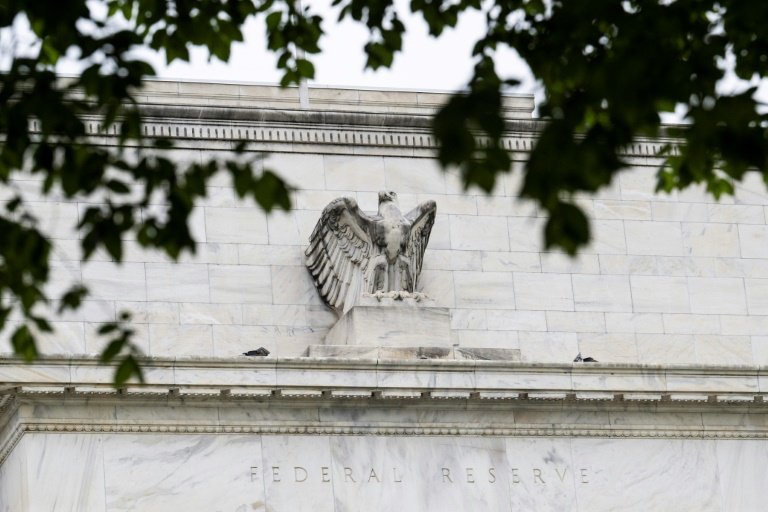 The Federal Reserve needs to raise interest rates 'expeditiously' but there is a path to do so without causing a recession, New York Fed President John Williams said / © AFP/File

The US economy will slow this year as intended and is expected to avoid a downturn, but the Federal Reserve will have to raise borrowing rates quickly, a top central bank official said Tuesday.

"Recession is not my base case right now. I think the economy is strong," New York Fed President John Williams said on CNBC.

But he said policymakers need to hike rates "expeditiously" to tamp down inflationary pressures and get the key policy interest rate to 3.0-3.5 percent by later this year.

With American families struggling in the face of soaring gas and food prices, the Fed has shifted into high gear, implementing the biggest rate hike in nearly 30 years earlier this month to try to cool the economy and rein in inflation.

The Fed since March has raised the benchmark borrowing rate 1.5 percentage points, from zero where it had been since the start of the Covid-19 pandemic, and is expected to announce another three-quarter-point increase at its July policy meeting, with further hikes coming.

That has raised fears the campaign to quell the highest inflation in four decades will tumble the world's largest economy into recession.

But Williams echoed the cautiously optimistic view of Fed chief Jerome Powell, saying there is a path forward that avoids a contraction.

"I'm expecting growth to slow this year quite a bit relative to what we had last year," with GDP expanding by 1.0 to 1.5 percent, he said.

"It's not a recession, it's a slowdown that we need to see in the economy to reduce the inflationary pressures and bring inflation down."

However, other economists are not as sanguine.

Dana Peterson, chief economist of The Conference Board, said the United States will likely face a short downturn.

"We are anticipating a brief yet shallow recession starting in the fourth quarter of this year and extending into the first quarter of next year," she said during a Politico event on Tuesday.

Williams noted that the main risks to the US economy "are coming from abroad."

The Russian invasion of Ukraine has been a major factor contributing to rising food and oil prices worldwide.

He said it was "perfectly reasonable" to expect the Fed to raise the policy rate to 3.5-4.0 percent next year, but that the final path will depend on the economic data.

"We need to raise interest rates quite a bit this year and into next year," he said. "We've got to get interest rates higher and we have to do that expeditiously."