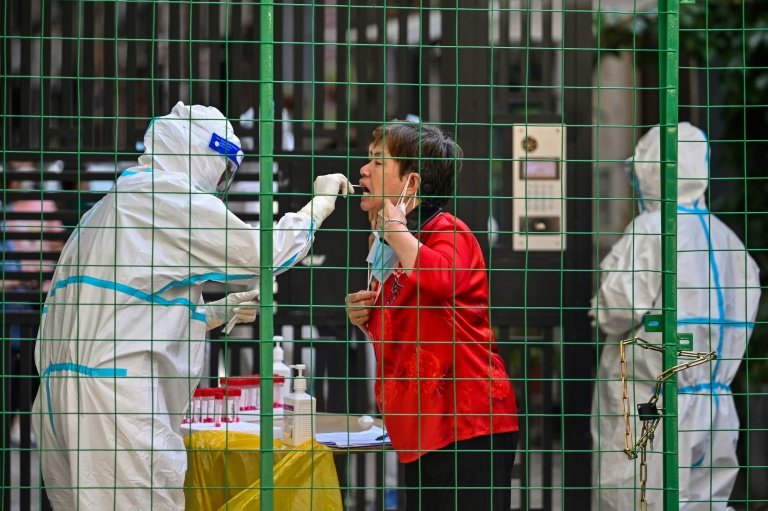 In a major shift, Chinese authorities shortened quarantine for inbound travelers to just 10 days instead of three weeks, fueling hopes of recovery for the world's second largest economy.

The cities of Beijing and Shanghai also reported no Covid cases on Tuesday, suggesting they had largely contained outbreaks that forced tens of millions to stay home and snarled up global supply chain chains.

"The prospects of rapid recovery for the world's second largest economy is helping lift miners, as metals prices rise in expectation of a surge in demand in the commodity-hungry economy."

Traders also digested comments from European Central Bank President Christine Lagarde, who said the ECB would go "as far as necessary" to fight inflation that is set to remain "undesirably high."

US stocks also opened solidly higher but dropped into negative territory soon thereafter following a consumer confidence reading at its lowest level in more than a year on surging inflation.

The downcast report was due in part to the feeling higher prices would persist, suggesting consumers aren't sure the Federal Reserve's aggressive efforts to tame inflation will work.

"We could have some difficult days ahead of us," said Gregori Volokhine of Meeschaert Financial Services.

"We are anticipating a brief yet shallow recession starting in the fourth quarter of this year and extending into the first quarter of next year," she said during a Politico event.

US selling accelerated throughout the day, with the broad-based S&P 500 finishing two percent lower.

US equities also fell on Monday after last week's strong gains in a rally that some are now doubting.

"It looks like investors are potentially underestimating the big macro risks facing them by bidding up equity prices over the last few days," City Index analyst Fawad Razaqzada told AFP.

"It is far too early to be optimistic that this latest recovery will hold."

Oil prices, a major driver of the soaring inflation, rose again on fears of further supply tightening, in addition to prospects for higher Chinese demand.

This comes after G7 leaders agreed to work on a price cap for Russian oil, a US official said Tuesday, as part of efforts to cut the Kremlin's revenues.