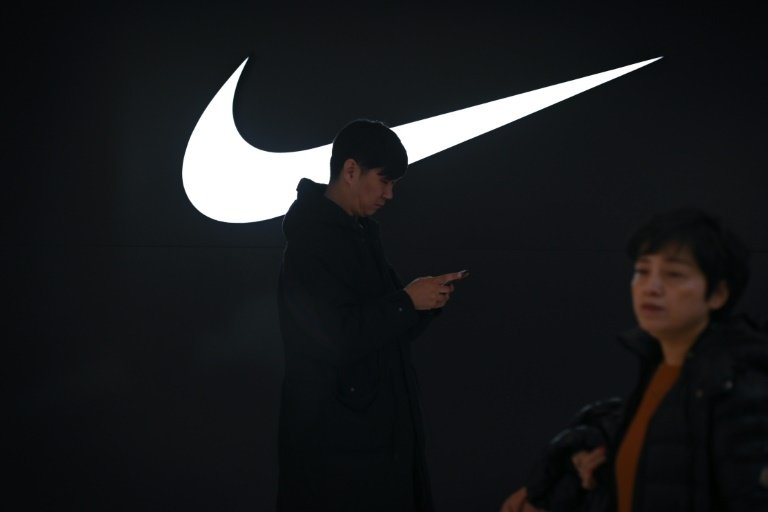 Nike reported lower sales in North America and China and projected flat to slightly higher sales amid inflation, the strong dollar and other headwinds / © AFP/File

Lower sales in North America and China dented Nike's quarterly results as the sports giant on Monday projected modest revenue growth amid the strong dollar, rising inflation and other headwinds.

The Oregon company -- which has enjoyed strong pricing at times during the pandemic but also faced Covid-19 factory lockdowns in Asia that have crimped its inventories -- reported lower profits for its fiscal fourth quarter.

For the quarter ending May 31, Nike reported profits of $1.4 billion, down five percent from the prior year on a one percent dip in revenues to $12.2 percent.

Neil Saunders, managing director of GlobalData, a retail consultancy, said the results were "reasonably good" but with some unfortunate "devils in details."

These include the tough North American inflationary environment, which has led some consumers to cut back on discretionary investments.

Another issue is China where lockdowns "are creating sudden swings in consumer behavior," Saunders said in a note.

"In theory there should be a recover as China reopens, but this could quickly be reversed if further lockdowns are imposed."

Shares retreated as Nike forecast revenues of flat to "slightly up" in the coming quarter.

Friend also said the forecast reflects a drag from the strong dollar in overseas markets, as well as the continued hit from lofty freight costs and supply chain investments.