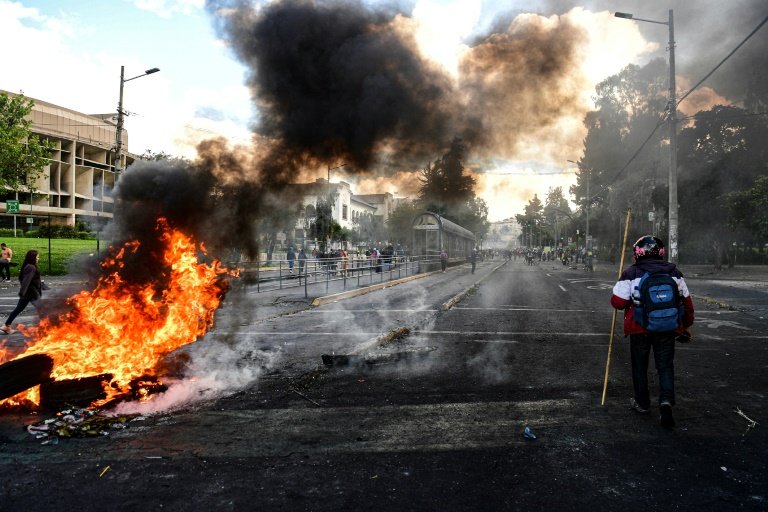 Roads blocked during the ongoing protests in Ecuador have hindered oil production and could force a halt to output, the government says / © AFP/File

Indigenous protesters in Ecuador met with the government on Monday in an attempt to end nationwide demonstrations against high living costs that have rocked the country for two weeks.

The meeting came after protesters rejected a fuel price cut announced by the government as insufficient and vowed to continue demonstrations.

President Guillermo Lasso on Sunday announced a 10-cents-per-gallon reduction to the fast-rising diesel and gasoline prices that sparked the uprising, now in its fifteenth day and severely hampering the oil-dependent economy.

The cut was not nearly as much as protesters had demanded and the powerful Confederation of Indigenous Nationalities of Ecuador (Conaie), which has been blockading roads and occupying oil wells since June 13, said the gesture was "not enough, it is insensitive."

It showed, said a statement signed by Conaie leader Leonidas Iza, that the government "does not sympathize with the situation of poverty faced by millions of families." 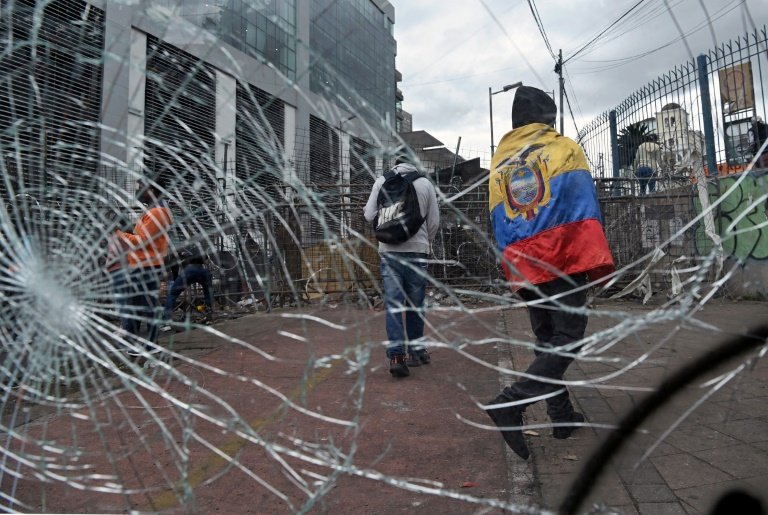 The protests have cost the economy some $50 million per day, according to the government / © AFP

"Our struggle is not over," the group added.

But later on Monday, Conaie met with the government in a meeting that was broadcast online.

Iza said the group's aim was to agree "a policy that can benefit the poorest," while reiterating that Indigenous people had been "insulted" by Lasso's gesture.

Indigenous people make up more than a million of the South American nation's 17.7 million people, and Conaie is credited with unseating three presidents between 1997 and 2005.

Fuel prices, which are subsidized in oil-producing Ecuador, have risen sharply since 2020, almost doubling for diesel from $1 to $1.90 per gallon and swelling from $1.75 to $2.55 for gasoline.

Conaie wants the price to be lowered to $1.50 per gallon for diesel and $2.10 for gasoline.

An estimated 14,000 protesters are taking part in a nationwide show of discontent against rising hardship in an economy dealt a serious blow by the coronavirus pandemic.

Most of the ire is concentrated in the capital Quito, where some 10,000 people are gathered, mainly from other parts of the country. 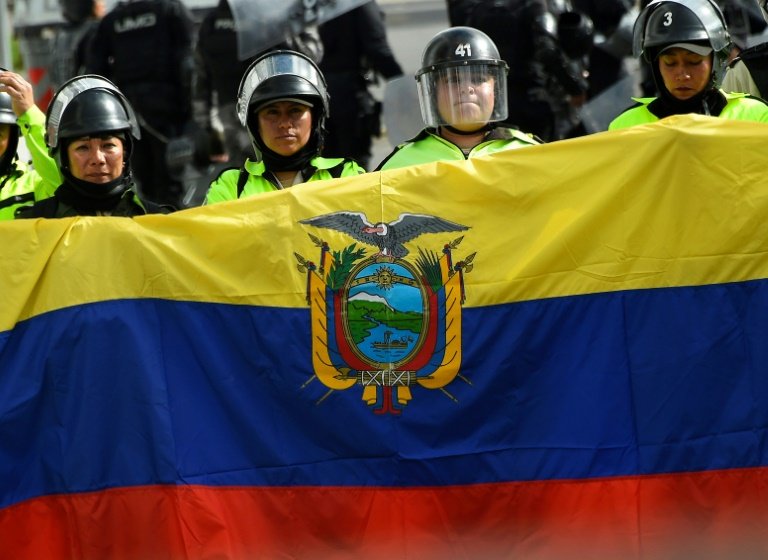 The action has been costly, with losses of some $50 million per day to the economy, and production of fuel -- Ecuador's biggest export -- halved from about 520,000 barrels per day, according to the energy ministry.

Hundreds of wells are besieged.

On Sunday, the ministry said oil production had reached a "critical" level and could be halted entirely within 48 hours if the protests continued.

Ecuador's economy is highly dependent on oil revenues, with 65 percent of output exported in the first four months of 2022.

The demonstrations have also crippled transportation, with roadblocks set up in 19 of the country's 24 provinces, blocking the delivery of food and flowers -- another key export -- and dealing a blow to tourism.

Shortages are already being reported in the capital, where prices have soared and irate workers and shop owners have launched counter-protests against the disruption of their lives and livelihoods.

Lasso, an ex-banker who took office last year, finds himself in a tough spot between the protesters and politicians who blame him for the drawn-out standoff. 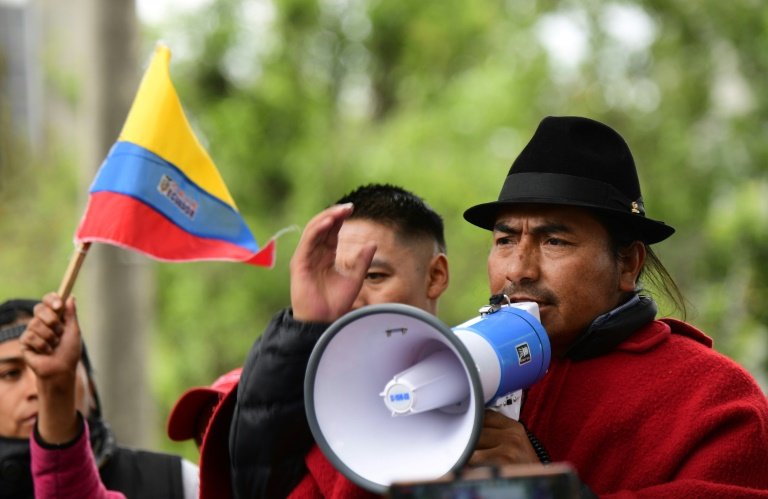 At the request of opposition parties, parliament started an impeachment hearing for the president over the weekend, suspended until Tuesday.

Once the hearings conclude, lawmakers will have 72 hours to vote.

Impeachment would require 92 of the 137 possible votes in the National Assembly, where the opposition holds a fragmented majority.

Seeking to appease protesters, Lasso on Saturday lifted a state of emergency that had been in place in six provinces, with Quito under a night-time curfew.

There was also a first meeting between protesters and the government, although no details emerged of what was discussed.

In two weeks of protests to date, five people have died in clashes with police, and hundreds have been injured on both sides.

International organizations and rights bodies have called for an end to the violence, while Pope Francis on Sunday urged "dialogue."

Both sides have accused each other of intransigence.

Lasso insisted Sunday that those seeking a peaceful settlement would find an "outstretched hand," adding, however, that "those who seek chaos, violence and terrorism will face the full force of the law."