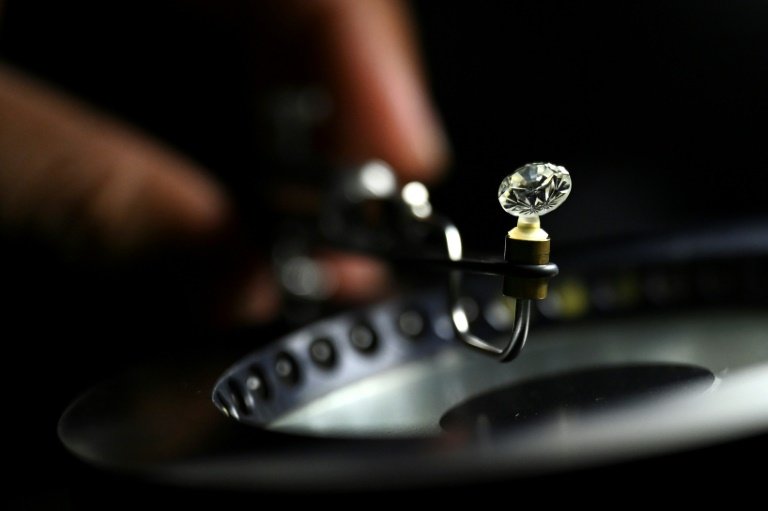 Originally founded as a port city at the mouth of the Tapi river, Surat earned its reputation as the "Diamond City of India" in the 1960s and '70s / © AFP

Yogesh Zanzamera lays out his bed on the floor of the factory where he works and lives, one of around two million Indians polishing diamonds in an industry being hit hard by the Ukraine war.

The air reeking from the only toilet for 35-40 people, conditions at workshops like this in Gujarat state leave workers at risk of lung disease, deteriorating vision and other illnesses.

But Zanzamera and others like him have other more immediate worries: the faraway war in Europe and the resulting sanctions on Russia, India's biggest supplier of "rough" gemstones and a long-standing strategic ally.

"There are not enough diamonds. Because of that, there is not enough work," Zanzamera, 44, told AFP at the workshop, situated up some dingy stairs in Surat where he has worked since leaving school at 13.

"The war should end. Everybody's livelihood depends on the war ending."

But he is one of the lucky ones -- the local trade union estimates that between 30,000 and 50,000 diamond workers in Surat have lost their jobs. 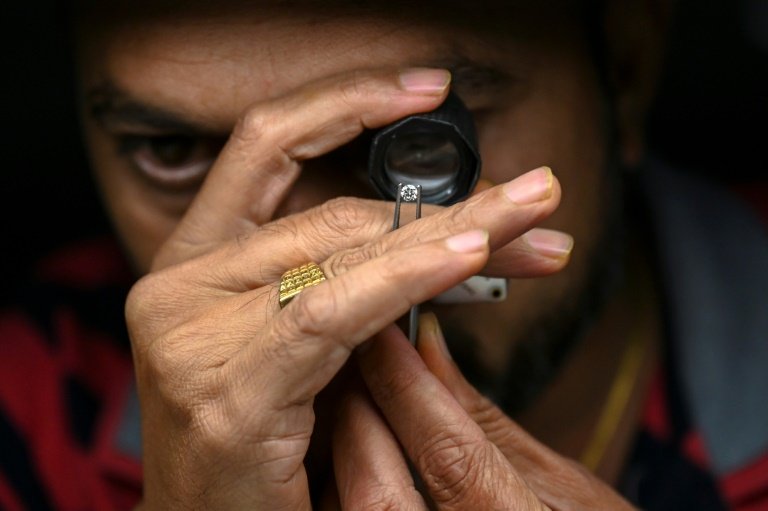 Originally founded as a port city at the mouth of the Tapi river, Surat earned a reputation as the "Diamond City of India" in the 1960s and '70s.

Now, some 90 percent of the world's diamonds are cut and polished in the bustling industrial city and elsewhere in the western state of Gujarat.

Traders in Surat's crowded Mahidharpura market openly trade diamonds worth millions of dollars on the streets each day, carrying the precious gems loose in paper wrappings.

"If it doesn't go through Surat, a diamond is not a diamond," said Chirag Patel, CEO of Chirag Gems.

Russian mining giants like Alrosa traditionally accounted for over a third of India's rough diamonds, but supply has all but stopped because of Western sanctions.

For Chirag Gems, Russia was even more important, accounting for half the 900 "roughs" that his firm turns into dazzling gems that sell anywhere from $150 to $150,000.

Using state-of-the-art scanning and laser-cutting machines, his factory is better than most, with air-conditioning and exhaust systems protecting workers from inhaling dangerous dust. 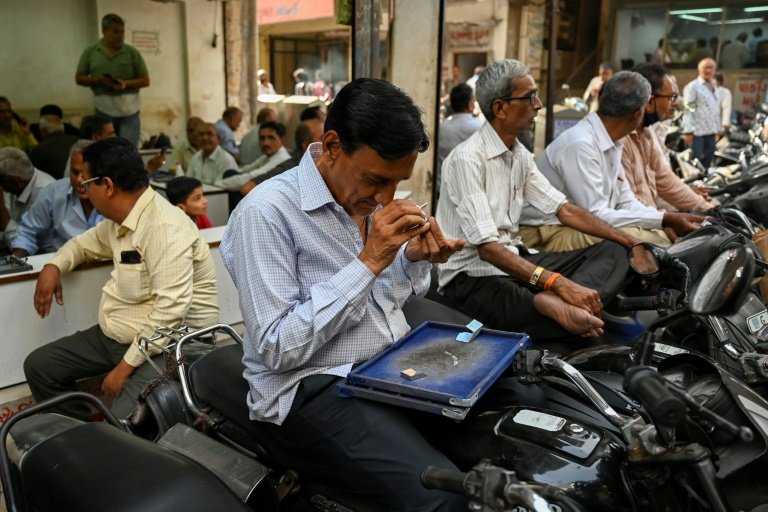 Traders say demand from the US and Europe has nosedived in recent months as companies like Signet, Tiffany & Co, Chopard and Pandora refuse to buy diamonds sourced from Russia / © AFP

But supply has shrunk to a tenth of what it was in the months since Western sanctions cut Russia off from the SWIFT international payments network in March.

"We are not getting goods from Russia because the payments system is stuck due to the war," Patel, 32, told AFP, saying he is trying to bridge the gap with supplies from South Africa and Ghana.

The June-to-September wedding season in the United States is a crucial period for diamond exporters, Patel says.

The US accounted for more than 40 percent of India's $24 billion exports of cut and polished diamonds in the financial year to March, data from the Gem and Jewellery Export Promotion Council (GJEPC) shows.

But along with supply, traders say demand from the United States and Europe, too, has nosedived in recent months as companies like Signet, Tiffany & Co, Chopard and Pandora refuse to buy diamonds sourced from Russia.

Workers like Dipak Prajapati have suffered the consequences. In May he lost a job in May that paid $320 a month to support his family of six.

"I called the company to ask when I could resume work, but they said they don't have any work for me and told me to stay home," the 37-year-old told AFP.

"Sixty percent of the jobs in Surat run on diamonds. Diamonds are the biggest industry in Surat. I don't know any work other than diamonds." 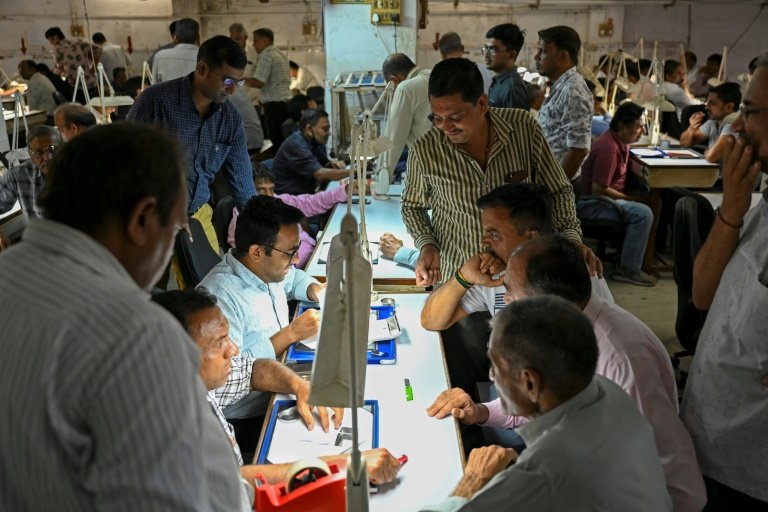 "Surat has given the world so much," Tank says. "Surat has scrubbed diamonds for the entire world but our diamond workers are now getting scrubbed." / © AFP

His layoff comes close on the heels of pandemic shutdowns.

"We didn't get any salaries for six to eight months. We had to borrow money from all sides to survive and are still paying back those loans," Prajapati said.

The Gujarat Diamond Workers' Union has asked Gujarat's chief minister for a 10-billion-rupee ($128-million) relief package for workers who have lost their jobs.

"We told him that if the situation does not improve in the coming days, our workers will be compelled to commit suicide," union vice-president Bhavesh Tank said.

"Surat has given the world so much," Tank says. "Surat has scrubbed diamonds for the entire world but our diamond workers are now getting scrubbed."

"We can only pray to God that the war will end. If the war does not end, we don't know how bad things will get."