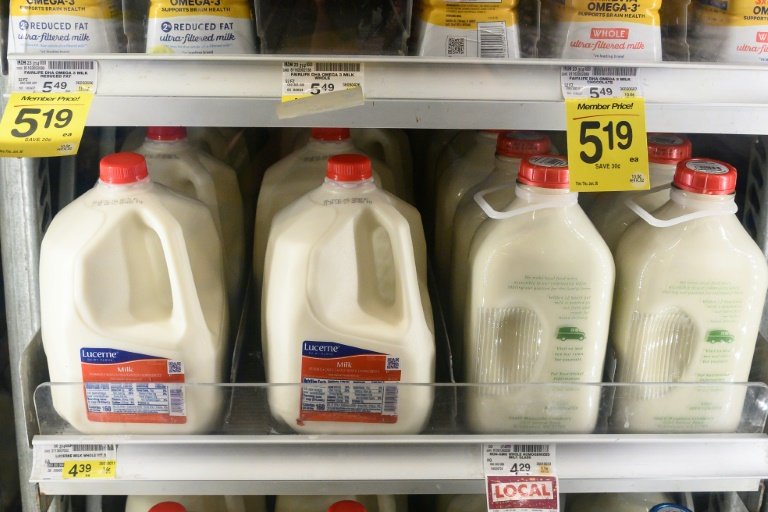 US inflation moderated in April, data showed, raising hopes the worst price hikes may in the rearview mirror / © AFP/File

Global stocks pushed higher on Friday, with US indices snapping a slump of weekly losses, while oil prices rallied to their highest level in two months.

It's been a blistering 2022 thus far for US equities as the Federal Reserve has launched aggressive steps to tighten monetary policy in response to inflation.

"The market itself was oversold and we knew that we were overdue for a bounce," Quincy Krosby, chief equity strategist of LPL Financial.

A catalyst was Commerce Department data that showed the personal consumption expenditures (PCE) price index climbed 0.2 percent after several months of accelerating at more than twice that pace.

The data gives support to the argument from stock market bulls that the US economy is moving past -- or has progressed from -- a period of "peak inflation" -- indicating there will be less grim consumer price news in the months ahead.

The report also showed US personal income rose 0.4 percent in April compared to March, and consumers continued to increase spending.

"Encouragingly, the latest US personal spending data showed that US consumers were still inclined to spend money with a rise of 0.9 percent, which was slightly higher than markets had been expecting," said Michael Hewson at CMC Markets.

Back in Asia, investors were in a buying mood as Hong Kong jumped more than two percent, with market heavyweight Alibaba piling on more than 11 percent and search engine Baidu advancing 15 percent.

The two firms posted better-than-expected sales growth in the January-March quarter, soothing fears about the impact of Covid and inflation on their bottom lines.

The reports were much-needed pieces of good news out of the world's second-biggest economy, which is being battered by lockdowns in major cities as leaders refuse to budge from their zero-Covid strategy.