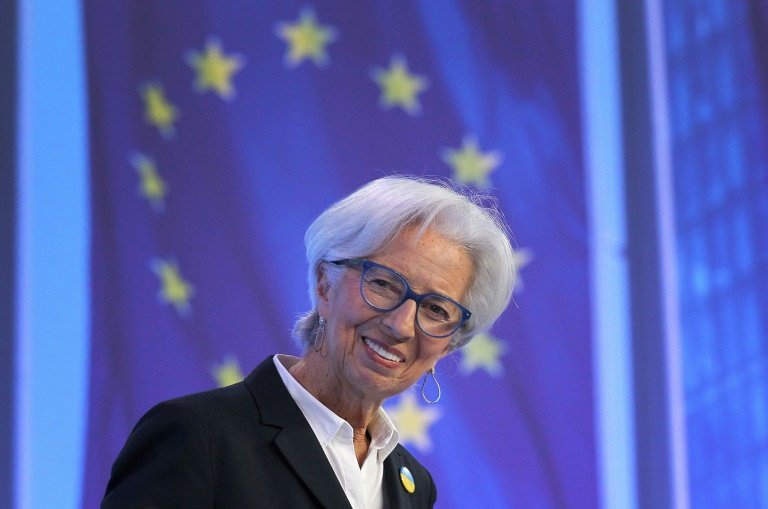 US stocks, which have spent much of 2022 in the red and have seen relatively few quietly benign sessions, spent almost the entire day in positive territory before finishing solidly higher.

"It's a day where the market has finally been able to catch its breath, at least for now," said Art Hogan, strategist at National Securities.

US stocks began with momentum following gains in Europe as President Joe Biden hinted at relief in trade tariffs.

Appearing in Tokyo for the launch of a new Asia-Pacific trade initiative, US President Joe Biden said he was considering removing some of the punitive import duties enacted by former president Donald Trump on China.

Adding to that positive, some market watchers pointed to technical factors that suggest stocks may have reached a short-term bottom, setting the stage for a rebound.

"After seven straight weeks of declines, bargain hunters are out in force, snapping up stocks after they fell to fresh 18-month lows on Friday," said Fiona Cincotta, senior financial markets analyst at City Index.

Meanwhile, the euro jumped more than one percent against the dollar after Lagarde said the central bank would probably draw a line under the era of negative interest rates by September owing to soaring eurozone inflation.

The ECB is "likely to be in a position to exit negative interest rates by the end of the third quarter," Lagarde wrote in a blog post.

"That's something that we were waiting for, so long," noted Swissquote analyst Ipek Ozkardeskaya.

"Lagarde is finally showing that the (inflation) situation is serious in Europe as well," she told AFP.

Central banks around the world are increasing interest rates to tackle the highest inflation in decades, but the ECB has so far refused to follow the likes of the Federal Reserve and Bank of England in hiking borrowing costs from record-low levels.

Eurozone inflation soared by an all-time high 7.5 percent in April.

The surge has been driven by soaring energy and food prices, as economies reopen from pandemic lockdowns and following Russia's invasion of Ukraine.