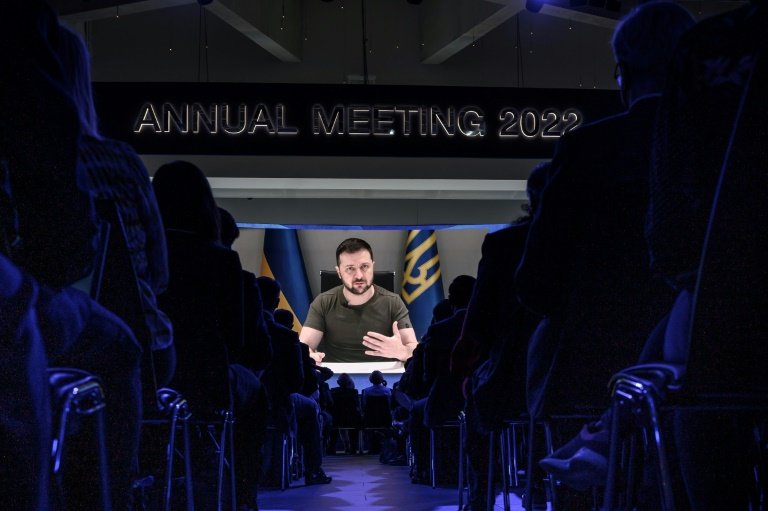 Ukrainian President Volodymyr Zelensky used the Davos summit Monday to appeal for more weapons and "maximum" sanctions against Russia, lamenting that tens of thousands of lives would have been saved had countries acted faster.

Appearing by video-link, Zelensky delivered the headline speech to the first World Economic Forum to be held in the Swiss Alps in more than two years after the Covid pandemic derailed the event.

The conflict shows "that support to the country under attack is more valuable the sooner it is provided: weapons, funding, political support and sanctions against Russia," said Zelensky, who received a standing ovation.

Flanked by Ukrainian flags and wearing an olive-green T-shirt, he said through an interpreter that if Kyiv had received "100 percent of our needs at once back in February, the result would have been tens of thousands of lives saved".

"This is why Ukraine needs all the weapons that we ask for, not just the ones that have been provided," he said, adding that 87 people were killed in a May 17 strike by Russia on a military base in northern Ukraine.

"What we are looking for most importantly are fighter jets and this has been the most difficult discussion," she said.

"Three months into the war, and tens of thousands lives lost, we are still at the point of discussing if we need fighter jets. Frankly speaking this is outrageous."

Ukraine is receiving howitzers "but that is not yet enough", she said.

Zelensky called for an oil embargo on Russia, punitive measures against all its banks and the shunning of its IT sector, adding that all foreign companies should leave the country.

"There should not be any trade with Russia," he told the gathering.

"I believe there are still no such sanctions against Russia -- and there should be."

WEF founder Klaus Schwab praised Zelensky for his "courageous leadership" and said Davos participants were eager to hear how they could assist Ukraine "because everybody is affected by what's happening in your country".

Western powers have imposed a slew of sanctions on Russia. 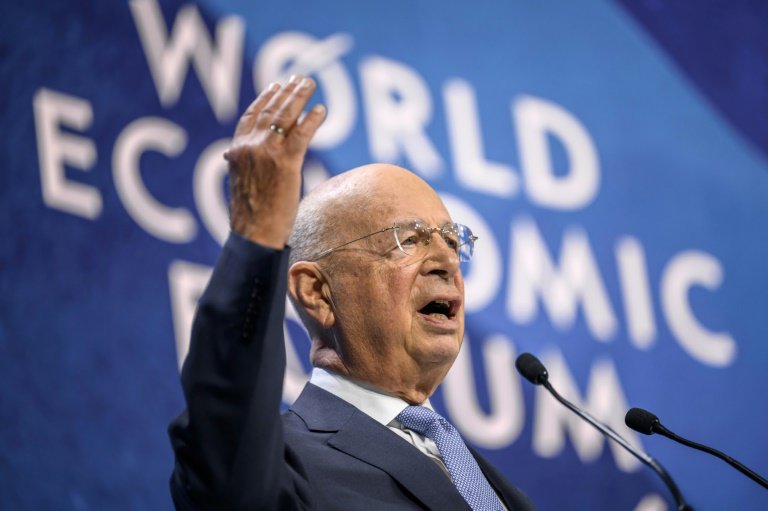 But while the United States, Britain and Canada have moved to ban Russian oil and gas, the European Union has been divided over imposing similar measures.

The war is dominating the four-day meeting of the world's business and political elites, with Ukraine sending a strong contingent of officials, including the foreign minister, to plead for more aid.

Russian business and political leaders, who used to participate in debates and mingle with other A-listers at champagne parties, were excluded from this year's gathering.

The Ukrainians have transformed the "Russia House" in Davos –- normally used by the Russian delegation -- into the "Russia War Crimes House" to promote their cause.

More than 50 heads of state or government are among the 2,500 delegates at the WEF under the title "History at a Turning Point".

When the WEF last took place in Davos in January 2020, the coronavirus was just brewing in China before morphing into a devastating pandemic. 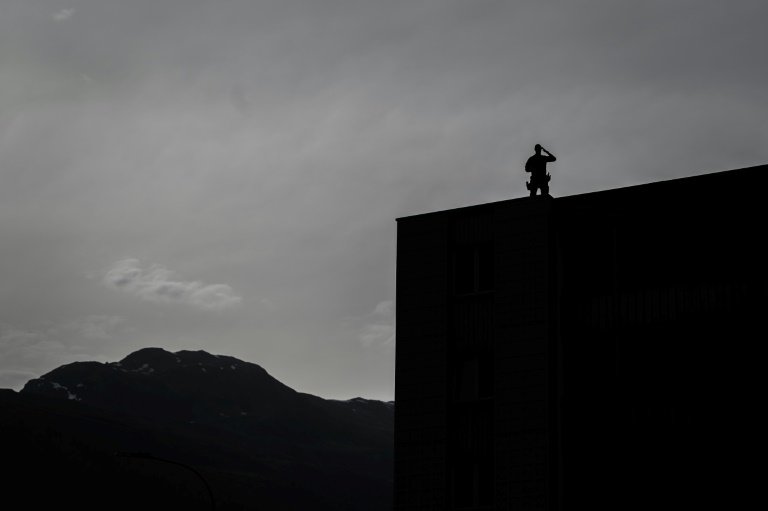 More than 50 heads of state or government are among the 2,500 delegates at the WEF / © AFP

While the summit is back, it lacks its usual snowy backdrop after the Omicron variant forced this year's January meeting to be postponed until now. Instead, rain is forecast all week.

Climate change and concerns about the economic recovery from the pandemic are also at the forefront of the Davos talks.

Inflation has become a major concern as energy and food prices have soared further since Russia invaded major grain-exporter Ukraine, raising fears of hunger in countries dependent on wheat from the region.

A Russian blockade is preventing Ukraine from using its ports to export its agricultural goods, and Zelensky accused Russia of stealing grains on a daily basis.

He said he has talked with European Union, UK, Turkish and UN officials to look into establishing a "corridor which would allow exports of our wheat, sunflowers and other grains".

Qatar's emir Tamim bin Hamad Al-Thani, meanwhile, stepped up his offers at Davos to act as a mediator.

"We are in touch with all parties concerned in the Ukrainian crisis, and I am ready to contribute to every international and regional effort, to find an immediate, peaceful solution to the conflict," he said.