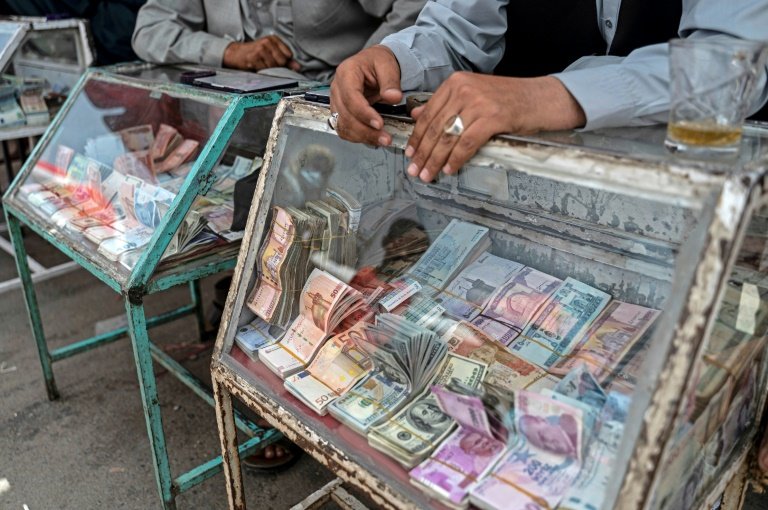 Money exchangers in Kabul and other cities, including Herat and Kunduz, have been on strike / © AFP

Thousands of money exchangers in Afghanistan ended their strike on Monday, the brokers commission said, a day after they shut their shops to protest a steep hike in licence fees imposed by Taliban authorities.

Since then money exchangers -- who swap currencies, make informal cash transfers and even give loans -- have played a key role in meeting the financial needs of many of Afghanistan's 38 million citizens mired in humanitarian crisis.

"They (Taliban leaders) requested that we should open the markets and that they will resolve our problems fully."

Money exchangers in Kabul and other cities, including Herat and Kunduz, went on strike on Sunday after the central bank raised their licence fees to five million Afghanis ($56,000) from 300,000.

Zeerak said the central bank had also told currency traders to conduct transactions online, and that they must have a minimum of 50 million Afghanis to operate.

On Tuesday the commission will have a meeting with the finance ministry and the governor of Afghanistan's central bank, he said.

Experts said the central bank's new directives were motivated by the Taliban's desire to cut off funding paths to militant groups.

Many foreign nations have made assistance to Afghanistan conditional on the Taliban regime guaranteeing human rights and preventing international terror groups from operating in the country.

Afghanistan's money market had been volatile for several months after the US seized billions of dollars in Afghan assets during its hasty withdrawal when the Taliban seized power.

Since then there has been a shortage of dollars as international donors also suspended the massive aid inflows that had propped up the Afghan economy for two decades during the US presence in the country.