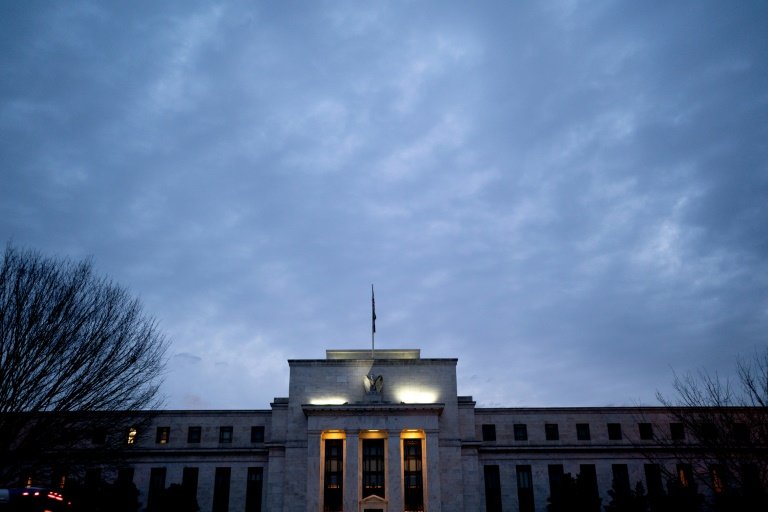 From asset purchases to interest rates, the Federal Reserve has long played a pivotal role when the US economy faces a crisis / © AFP/File

The US Federal Reserve has strongly signaled it will raise interest rates by half a percentage point this week to rein in soaring inflation, and likely continue hiking throughout this year.

The Fed has long played a decisive role when the world's largest economy faces tough times. Here are some of its major actions since the 2008 global financial crisis:

- The financial crisis and recovery -

December 2008: The central bank cut its lending rate to zero amid the crisis, where it remained until December 2015.

October 2017: The Fed began reducing the holdings on its balance sheet, which had ballooned from less than $900 billion before the crisis to $4.5 trillion.

Fall 2019: The Fed cut rates several times to the 1.5-1.75 percent range as the trade war launched by then-president Donald Trump slowed growth. The Republican leader had criticized the bank for its high rates.

- Support during the pandemic -

March 16, 2020: As Covid-19 spread across the country and the economy shut down, the Fed slashed its lending rate by 100 basis points to zero and resumed its asset purchase policy, which eventually reached $120 billion per month in Treasury bonds and mortgage-backed securities.

November 3, 2021: The Fed announced it will begin slowing the pace of its asset purchases, with a view towards ending them entirely by the following June, which would set the stage for rate hikes to fight inflation.

December 15, 2021: Recognizing that inflation will not be "transitory," as top officials had believed, the central bank accelerated the end of its asset purchases to March.

April 6, 2022: The minutes from the Fed's March policy meeting are released, showing that many participants see one or more 50-basis point rate hikes as necessary if inflation pressure continues.