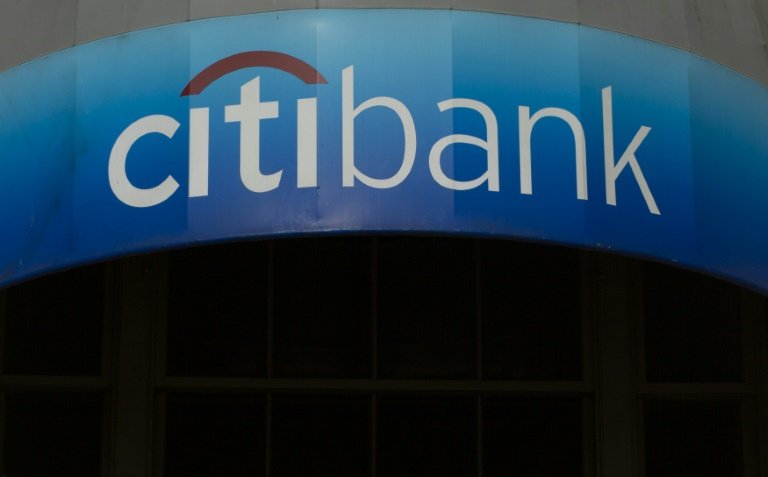 Citigroup reported lower earnings, due in part to $1.9 billion in reserves set aside following Russia's invasion of Ukraine / © AFP/File

Large US banks released a deluge of mixed earnings Thursday, pointing to the continued strength of US households and businesses while warning of rising risks from inflation, geopolitical upheaval and fast-changing monetary policy.

Citigroup, Goldman Sachs and Wells Fargo all reported lower profits compared with the year-ago period, when results were boosted by the release of reserves set aside at the outset of the Covid-19 pandemic in case of bad loans.

Executives painted a complex picture of puts and takes as uncertainty from the war in Ukraine complicates an already unpredictable economy that's still grappling with Covid-19 disruptions. Geopolitical concerns have also slowed the arrival of initial public offerings, a source of investment banking revenues.

"While US unemployment levels are low and wages are increasing, inflation is the highest it's been in decades," Solomon said on a conference call with analysts.

"We're seeing new stress on supply chain and commodity prices and US households are facing rising gas prices as well as higher prices for food and housing. We've also seen an increased risk of stagflation and mixed signals on consumer confidence," he said.

The Federal Reserve's shift to a monetary tightening posture adds to the churn, simultaneously helping and hurting banks.

Wells Fargo, for example, reported higher net interest income reflecting the benefit of being able to charge more for loans.

But the domestic-focused bank, a big player in the US housing market, also experienced its highest quarterly decline since 2003 in the mortgage market as fewer consumers refinance due to higher interest rates.

"The macro outlook for the rest of the year can only be described as complex and uncertain," said Citigroup Chief Executive Jane Fraser.

Citi earnings were dragged lower by increased expenses, while its banking operations had a mixed performance.

Fraser cited a difficult geopolitical and macro environment as a factor in weaker investment banking results, while pointing to trade loans and cross-border transactions as areas of strength.

The New York bank, which is more exposed than competitors to Russia, said it set aside a $1.9 billion in reserves related to the invasion.

About $1 billion in the Citi reserves are for direct exposure to Russia, while the $900 million relate to broader economic risks following the invasion, Citi Chief Financial Officer Mark Mason said on a conference call with reporters.

Since the end of 2021, Citi has reduced its overall exposure to Russia from $9.8 billion to $7.8 billion, Mason said.

At Goldman Sachs, profits came in $3.8 billion, down 43 percent from the year-ago period on a 27 percent drop in revenues to $12.9 billion.

Goldman sustained a big drop in revenues from asset management and equity and debt underwriting, offset by a strong activity in some trading divisions amid market volatility.

The results also included a $300 million hit from Russia. Solomon described Goldman's exposure to the conflict as "relatively limited," saying the bank has been focused on reducing exposure.

Wells Fargo Chief Executive Charlie Scharf employed a similar tone, noting that "our internal indicators continue to point towards the strength of our customers' financial position," while warning that Fed efforts to counter inflation will "certainly reduce economic growth," with Ukraine bringing "additional risk to the downside."

But unlike JPMorgan, which added $902 million in reserves in part because of higher recession risk, Wells Fargo released reserves of $1.1 billion on expectations of fewer bad loans due to upheaval from Covid-19.