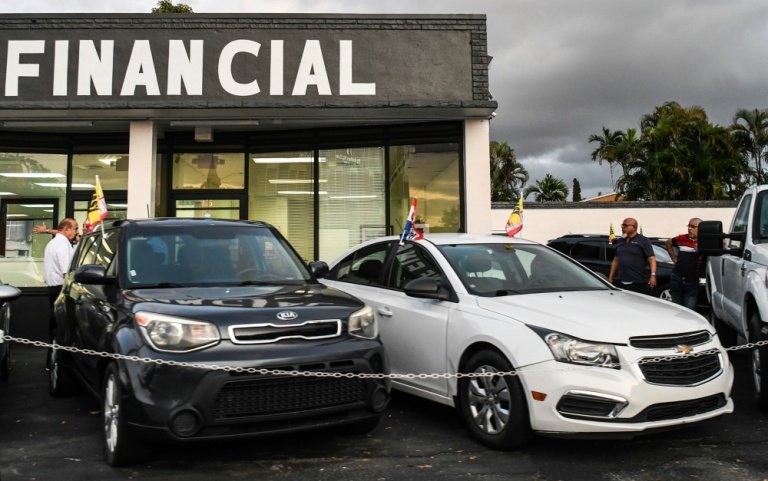 US consumers drew back from spending on goods in the final month of 2021 while increasing purchases of services, government data said / © AFP/File

In the final month of 2021, Americans dialed back their spending even as incomes rose thanks to wage increases, while inflation showed signs of moderating, government data released Friday said.

The Commerce Department's personal consumption expenditures (PCE) report for December was largely in line with analysts' expectations, but nonetheless closely watched as it contains the Federal Reserve's preferred gauge of price increases.

The central bank earlier this week had strongly signaled they will raise interest rates in March -- for the first time since Covid-19 broke out -- to fight inflation, and separate PCE data released Thursday showed prices rising 3.9 percent last year, above the Fed's two-percent target.

The report released Friday said that compared to November, PCE prices rose 0.4 percent, in line with analysts' expectations and less than the month-on-month growth in the prior two months.

Spending declined 0.6 percent after increasing in November, but the drop was within expectations, while incomes rose 0.3 percent, weaker than expected.

The rise in incomes was due mostly to salary hikes, the Commerce Department said, offset by the ongoing wind-down of government pandemic support programs as well as a decline in business income.

Spending dropped by a total of $95.2 billion last month, according to the report, mostly due to a large decrease in goods spending that was offset by an increase in spending for services.

Health care spending made up most of the increase in services spending, while consumers drew back from buying goods such as cars, furnishings and toys, the report said.

There were, however, signs of the inflation wave's continuing potency.

With the volatile food and energy components stripped out, prices rose 0.5 percent compared to November, the same increase as in that month.