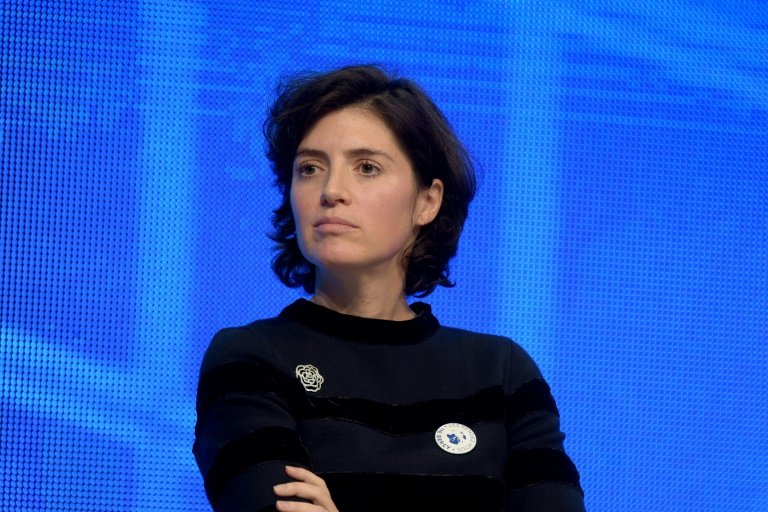 French telecoms multinational Orange said on Friday it had appointed Christel Heydemann as its first female chief executive, replacing Stephane Richard, who is leaving after his conviction in a case over his past work at the finance ministry.

French national Heydemann, 47, s currently vice president for Europe at Schneider Electric and has previously worked for Alcatel-Lucent and Nokia.

"The board has selected a candidate who is recognised for her experience in the telecoms sector and in managing business transformations," Orange said in a statement.

Richard, who will stay in the job until Heydemann takes over April 4, praised his successor's "vision, her pragmatism and her ability to bring out the best in every situation".

Heydemann herself said her presence on Orange's board for the past five years had provided her with "a solid understanding of the technological challenges and opportunities that lie before us".

The French government, which holds more than 20 percent of the historic operator's capital, had given its backing to Heydemann in the run-up to Friday's board meeting vote, saying it wanted a woman at the helm.

Richard's position at the telecoms giant had became fragile in November, when an appeals court handed him a one-year suspended sentence for complicity in misuse of public funds over a massive 2008 state payout to businessman Bernard Tapie.

At the time, Richard had served as chief of staff to then-finance minister and current European Central Bank chief Christine Lagarde, who approved a 404-million-euro ($450-million) arbitration payment to Tapie to settle a long-running dispute over his stake in Adidas sports apparel company.

The company will now also need to find a new president after deciding that it would split the CEO and chairman's role, currently both held by Richard.

Orange is one of only two French blue-chip companies in the CAC-40 stock exchange index to have appointed female bosses.

The other is energy giant Engie, where Catherine MacGregor became CEO a year ago, replacing Isabelle Kocher.

Another woman, Estelle Brachlianoff, is to take over at French utility Veolia in July.