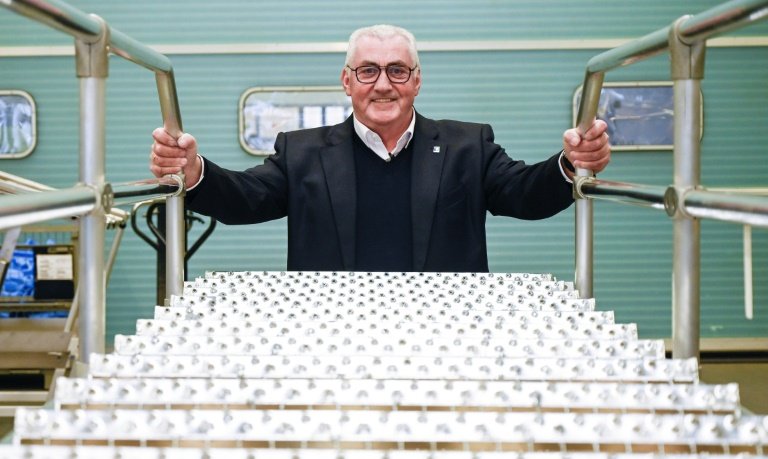 Ferdinand Munk, owner of German ladder, stool and scaffold-maker Munk, says pandemic-related supply chain woes were unlike anything he has seen / © AFP

A new warehouse with a freshly unboxed smell is the consequence of the coronavirus pandemic for the German ladder, stool and scaffold-maker Munk.

In the southern town of Guenzburg on the banks of the Danube, the group has invested 10 million euros ($11.3 million) into the complex to stockpile enough raw materials and components to keep production running amid serious disruption to supply.

"I have not experienced anything like it in my 40 years," CEO Ferdinand Munk said of the shortages that hampered the country's comeback from the economic impact of the pandemic over the past year.

On Friday, the federal statistics agency Destatis will publish German growth figures for the fourth quarter, with early signs indicating Europe's largest economy shrank by "between 0.5 and one percent," curtailed by supply chain woes. 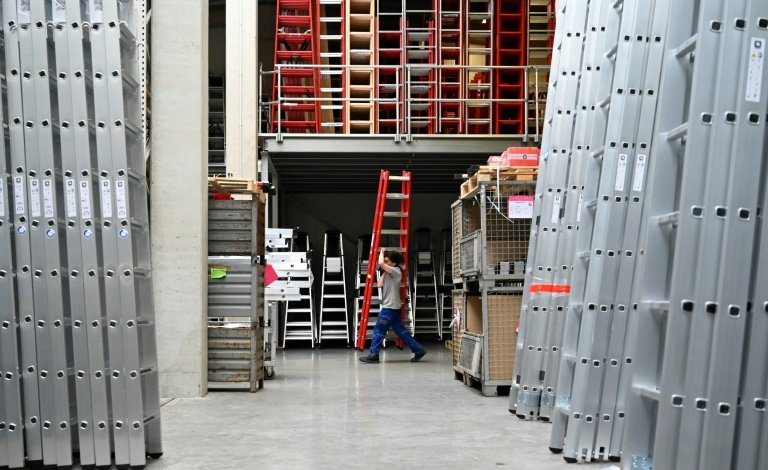 The last three months of the year were marked by the same bottlenecks and coronavirus restrictions which saw Germany limp to 2.7 percent growth in 2021, according to Destatis.

At Munk, the company has had difficulties sourcing rubber feet for ladders and aluminium, the production of which was troubled by a short supply of magnesium from China.

If the company were not holding double its normal stock of aluminium, "then we would no longer be able to produce because delivery times are now extremely long", Munk told AFP.

After a crisis meeting with the company's biggest suppliers near the start of the pandemic, the Bavarian company now has "much shorter supply chains", said Munk, who sees an advantage in having suppliers that are closer to home.

The newly minted hangar is part of the company's plan to "come out of the pandemic strong and less dependent" on others, Munk said, as is his intention never to rely on just one supplier.

The ladder-maker will not be the only manufacturer making changes to their supply chains to manage deliveries and avoid disruption, said Fritzi Koehler-Geib, chief economist at the public lender KfW.

While pre-pandemic globalisation had fueled the trend of sourcing further afield in order to cut costs, the health emergency has led businesses to relook at their model of reliance on foreign suppliers.

Businesses will reevaluate "the balance between speed and cost efficiency in their supply chains and their resistance to shocks" after the pandemic, she said.

The dependence of Germany's large manufacturing sector on supplies of raw materials and components meant bottlenecks were particularly relevant for the progress of the economy, Koehler-Geib said.

The country's flagship carmakers were hit hard by an acute shortage of semi-conductors, a key component in the computer systems integrated into conventional and electric vehicles.

Better supply of the chips, which Hawe builds into the controls for construction machinery and other products, is still "not in sight", he said. 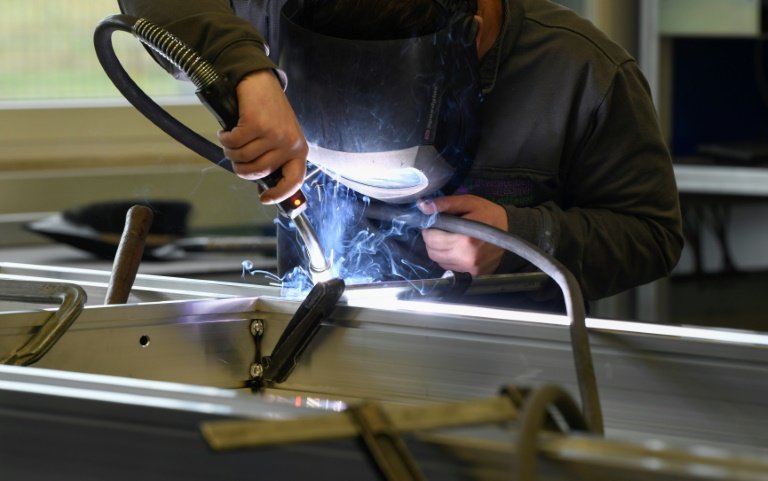 The hydraulics group is managing the turbulent supply situation with a reinforced buying team, but the disruptions have held some work back.

Not just the manufacturer's suppliers, but its "clients are naturally also affected by bottlenecks", Schullan said, adding that Hawe was "well occupied" but could always do more.

Alarmed by how one of its pillars of industry has been crippled by the supply issue, the German government has pledged to plough billions of euros into bringing semiconductor production back to Europe.

But its impact will not be immediate.

Supply troubles look set to dampen Germany's economic recovery in the new year, with the government revising down its estimate for growth in 2022 on Wednesday to 3.6 percent from the 4.1 percent figure it forecast in October last year.

The revival is expected to pick up pace as the year goes on, but the start of the year would "still be subdued due to the coronavirus pandemic", the economy ministry said in a report.

Severe supply troubles will continue "into the fourth quarter" when the pandemic will have ebbed, Munk believes.

But he warned against complacency in the face of new risks, adding that bottlenecks could "get us again."