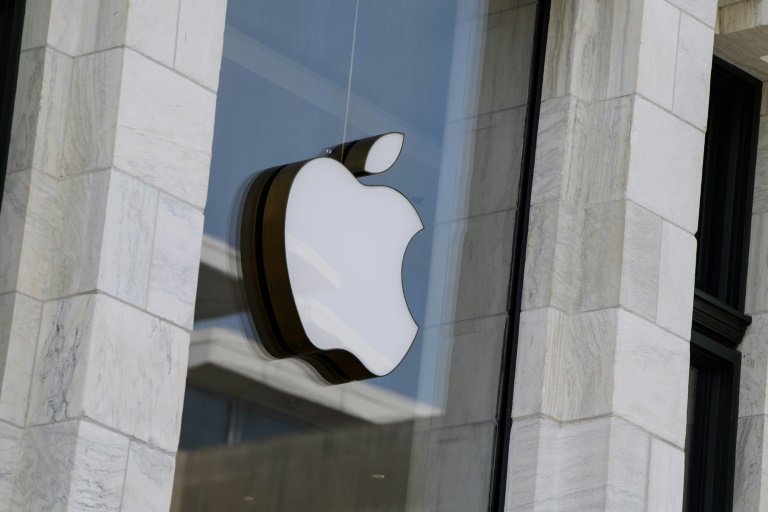 Wall Street stocks finished a topsy-turvy week on a sunny note Friday, rallying after strong Apple earnings following a down day in Europe.

After opening lower, stocks pushed into positive territory most of the day before rising buoyantly in the final hours of trading, lifting all three major indices into the black for the week.

It was the latest midday reversal in a week that has seen early rallies peter out and torrid selling give way to sudden bargain-hunting.

Blowout earnings from Apple lifted sentiment, with the tech giant surging 7.0 percent after reporting a record $124 billion in quarterly revenues driven by strong sales of iPhones and other gadgets and services.

The S&P 500 finished up 2.4 percent, enabling it and the other two major US indices to finish the week in the black despite some bruising stretches in recent days.

Art Hogan, chief strategist at National Securities, described the dynamic as a "tug of war" between worries about tightening monetary policy on one side and recognition of fairly good economic data and earnings on the other.

The report came on the heels of a better-than-expected US growth reading on Thursday.

"Wall Street is finishing the trading week wanting to believe that the US growth outlook is still there for 2022 and that the bull case will still be there once we get past this last inflation surge and first round of Fed rate hikes," said Oanda's Edward Moya.

In Europe, Frankfurt and Paris ended the day in the red, even though France posted its strongest annual economy in more than 50 years.

But the German economy shrank by 0.7 percent in the fourth quarter, and finished the year with 2.8 percent growth.

"After production grew in the summer despite bottlenecks and material shortages, the recovery of the German economy was halted due to the fourth wave of the coronavirus and stricter health restrictions," the federal statistics agency Destatis said.

"With this weak fourth quarter, the likelihood of Germany being in an outright recession at the turn of the year has increased," said Carsten Brzeski, head of macro at bank ING.

Any recession would be "short lived", however, Brzeski said, saying he expected the economy to "stage an impressive comeback in the spring".