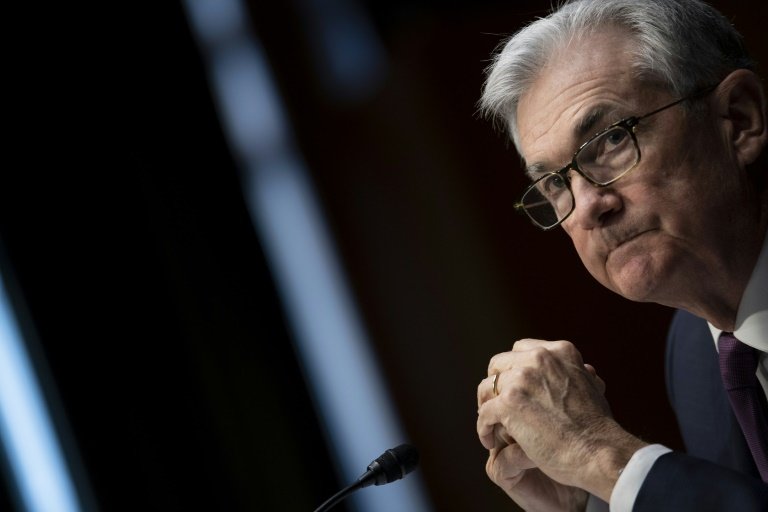 Global stocks ended trading mixed Thursday as markets weighed strong US economic data against concerns about tightening monetary policy, while the dollar spiked to a 20-month peak against the euro.

"I think the market is coming to terms with the idea that the Federal Reserve is not going to be as quick to support the market as it has been in the past," Cahill said.

On Wednesday, Powell signaled the Fed plans to hike interest rates in March, telling reporters the recovery in the world's largest economy is strong enough that it can handle higher borrowing costs.

"Powell effectively admitted the Fed has been behind the curve and now must get its act together to get inflation to more acceptable levels. If that means upsetting financial markets, then so be it," said Fawad Razaqzada, market analyst with ThinkMarkets.

European indices had mostly retreated in the morning session following sharp losses in Asia. But the mood changed after the US Commerce Department released data showing that the world's largest economy grew by 5.7 percent in 2021, its fastest rate since 1984.

Wall Street also had bounced on the growth data, but later sputtered in the latest mid-session reversal.

One of the biggest movers was Tesla, which plunged 11.6 percent despite reporting record annual profits on surging sales, after Chief Executive Elon Musk warned supply chain problems would persist well into 2022.

Analysts also expressed disappointment that Musk did not offer any fresh details on a coming generation of vehicles.

"The Fed is on track to raise rates in March and could possibly do so by a bold 50 basis points given the US economy's stronger foundation compared to its previous starting point entering a rate hiking cycle," said Joe Manimbo, analyst at Western Union Business Solutions.

"The specter of wider interest rate differentials between the euro and dollar leave the former at greater downside risk."