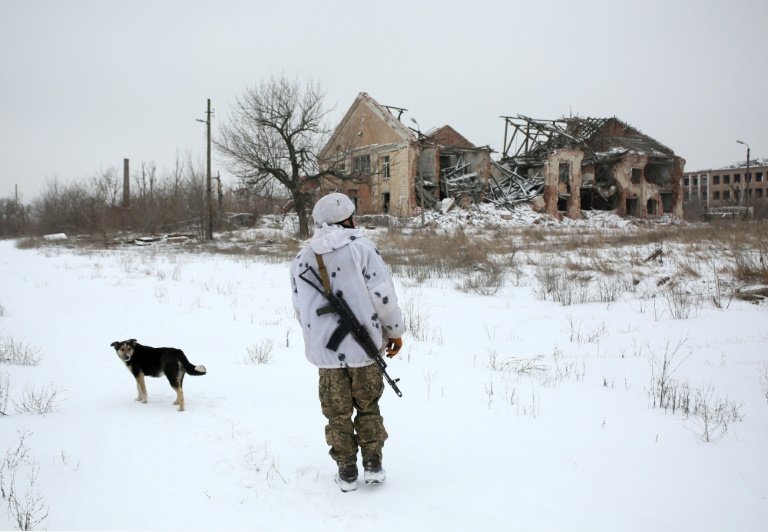 Moscow has deployed tens of thousands of troops on the border of pro-Western Ukraine, raising fears of an invasion / © AFP/File

The United States and Germany on Thursday warned Russia that a major gas pipeline was at stake if it invades Ukraine, as Washington voiced hope for a diplomatic way out despite frigid statements from Moscow.

A day after the United States and its allies formally responded to security demands issued by Russia, top officials in Moscow said their chief concerns were not addressed but notably did not rule out new talks.

The United States has warned Russia of swift and severe consequences if it invades Ukraine after Moscow amassed tens of thousands of troops on the border with its Western-leaning neighbor.

Following talk of divisions within Europe, German Foreign Minister Annalena Baerbock told parliament that her government was "working on a strong package of sanctions" alongside allies that would include Nord Stream 2.

The pipeline, which Germany has defiantly built despite criticism by the United States and Eastern Europeans, will more than double supplies of Russian natural gas to Europe's largest economy.

In Washington, a top official voiced confidence that an invasion would stop Germany from activating the multibillion-dollar project, which was completed in September but still requires testing and regulatory approval. 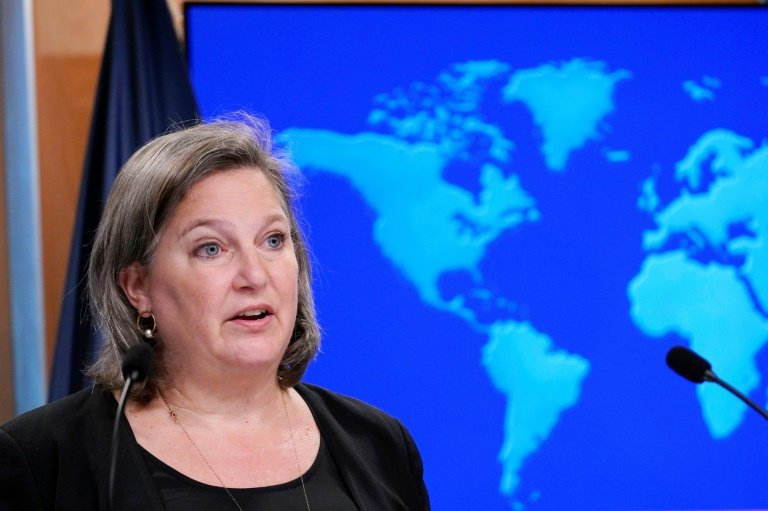 "If Russia invades Ukraine, one way or another, Nord Stream 2 will not move forward," said Victoria Nuland, the undersecretary of state for political affairs.

"I think the statements coming out of Berlin even today are very, very strong," she told reporters.

The White House announced that Germany's new chancellor, Olaf Scholz, will visit on February 7 and discuss the crisis with President Joe Biden.

Stepping up the diplomatic offensive, the United States called a public meeting Monday at the UN Security Council on Russia's "threatening behavior," hoping to bring condemnation even though Moscow can veto any resolutions.

Biden also spoke Thursday by telephone with Ukrainian President Volodymyr Zelensky and said the United States was considering economic support after $650 million in military assistance over the past year.

Biden "reaffirmed the readiness of the United States along with its allies and partners to respond decisively if Russia further invades Ukraine," a White House statement said.

But Biden, in a recognition of the dangers of the moment, repeated his warning that Ukraine could indeed face a Russian invasion next month.

"President Biden said that there is a distinct possibility that the Russians could invade Ukraine in February," National Security Council spokesperson Emily Horne told AFP.

NATO has put 8,500 troops on standby over the Ukraine crisis, in scenes reminiscent of the Cold War with the Soviet Union. 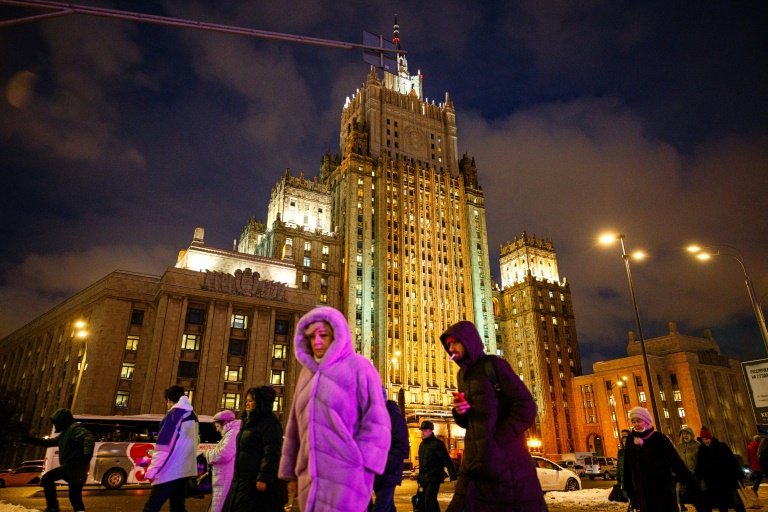 Russia denies any plans to invade but last month demanded wide-ranging security guarantees from the West, including that Ukraine never be allowed to join the US-led NATO military alliance.

Washington on Wednesday delivered a reply in coordination with NATO allies, saying Ukraine had the right to determine its own allies but offering Russia talks on missile placements and other mutual concerns.

In a first reaction, the Kremlin was unimpressed but cautious.

"It cannot be said that our views were taken into account," President Vladimir Putin's spokesman Dmitry Peskov told reporters.

"Let's not rush into assessments; it takes time to analyze."

Foreign Minister Sergei Lavrov said Moscow's chief concern -- the potential for Ukraine to join NATO -- had been ignored, but that it would be possible to move forward on other issues. 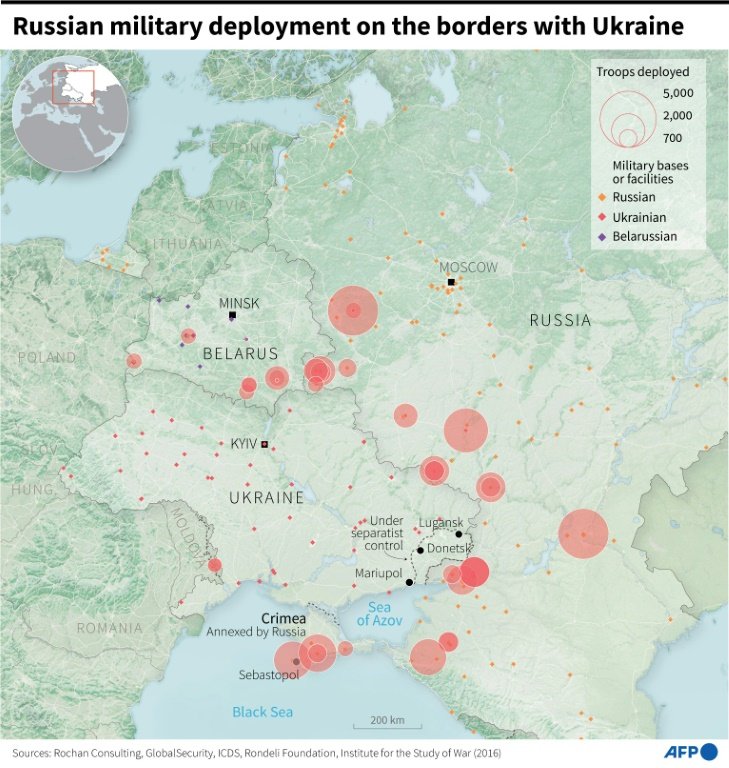 Russian military deployment on the borders with Ukraine / © AFP

"There is a response which gives hope for the start of a serious conversation on secondary questions," said Lavrov, who is expected to hold new talks soon with US Secretary of State Antony Blinken.

"There's only one decider in Moscow and that is President Putin," Nuland said for her part.

"We hope he will see here a real opportunity for a legacy of security and arms control rather than a legacy of war," she said.

"The ball is in their court."

On the streets of Kyiv, there were concerns that Ukraine had been forgotten amid high-level talks between Moscow, NATO and Washington. 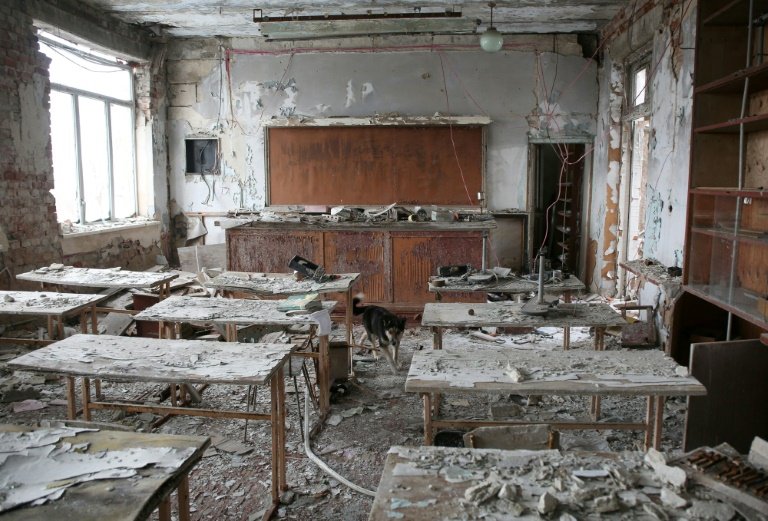 "Honestly, I don't care who is provoking whom, what matters to me is that there is peace," he told AFP.

Russia, which has a fraught historical relationship with Ukraine, has fueled an insurgency in the former Soviet republic's east that has killed more than 13,000 people since 2014.

That year Russia also seized Crimea after the overthrow of a pro-Russian government in Kyiv.

In a separate bid to defuse tensions, senior Russian and Ukrainian officials held a marathon eight hours of talks Wednesday in Paris and agreed to meet again in two weeks in Berlin.

Zelensky's office in a statement praised the "constructive nature" of the meeting, which recommitted to a fragile ceasefire in eastern Ukraine between government forces and pro-Moscow separatists.

Adding to tensions, a 21-year-old Ukrainian national guard conscript opened fire at an aerospace factory Thursday, killing five people, although there was no indication of a link to the Russia standoff.