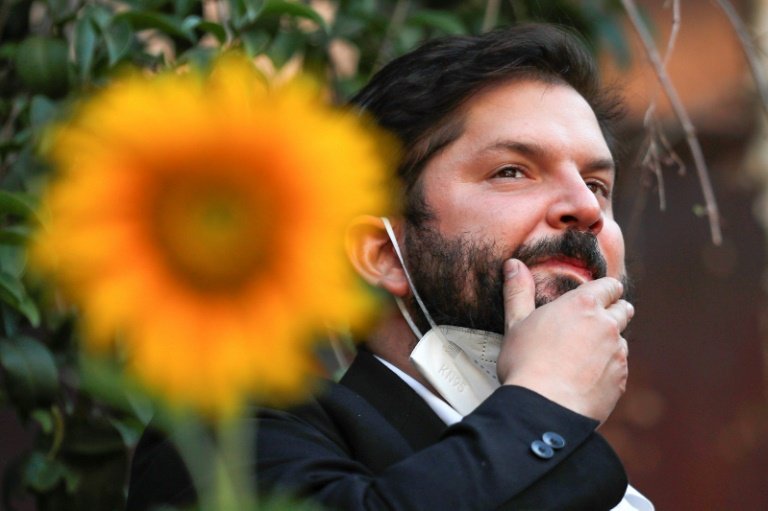 Chile's leftist president-elect Gabriel Boric, whose victory at the polls last month unsettled the markets, on Friday named the country's Central Bank governor as his finance minister in a young, diverse and woman-majority cabinet.

Mario Marcel, an independent politician and former member of the Socialist Party, with which he maintains strong ties, had held various roles under center-left governments from 1990 to 2008.

Now 62, he was appointed Reserve Bank governor by Socialist former president Michelle Bachelet for a five-year term that started in late 2016 and continued under her center-right successor Sebastian Pinera.

Marcel was the favorite of the markets, which view his appointment as a sign of moderation in the economic reforms Boric had vowed to implement.

Boric, painted by his detractors as a "communist," succeeded in mobilizing record turnout in the December 19 vote, and garnered nearly 56 percent of votes cast, compared to 44 percent for ultra-conservative Jose Antonio Kast.

In a leftist coalition that includes Chile's Communist Party, Boric campaigned on promises of creating a "welfare state," increasing taxes and social spending.

Kast, in turn, had pledged to protect the neo-liberal economic model left behind by dictator Augusto Pinochet -- credited with Chile's relative wealth but blamed for a yawning gap between rich and poor.

Investors reacted nervously to Boric's victory, with the SP IPSA index closing 6.18 percent down the day after the election, while the Chilean peso ceded 3.4 percent to the US dollar to reach an historic rate of 876. 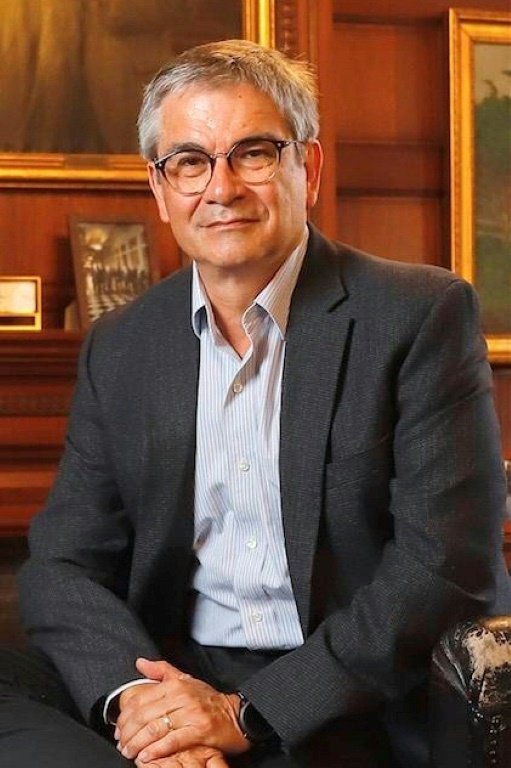 Marcel will take over amid expectations of an economic slowdown after growth of about 12 percent in 2021 due in large part to government grants to help with the coronavirus fallout, and individual withdrawals from private pension funds.

Chile's central bank has been increasing interest rates to halt inflation, and grants will stop, too.

Marcel will also have the tough task of implementing Boric's plan to increase taxes to fund social projects.

Analyst Marcelo Mella of the University of Santiago said choosing Marcel was a nod to the markets, as he "has credibility on the right and in the private sector."

This was a good starting point, Mella added, "for making the very difficult decisions the president will have to make this year."

With a 24-member cabinet of whom a third are independents, Boric is seeking to expand the reach of his leftwing political coalition in a Congress divided near 50-50 between the left and right.

"The general outlook is a positive one in terms of breaking down the walls the president needs to break for a majority project with parliamentary backing," said Mella.

Fourteen members of the new team are women. 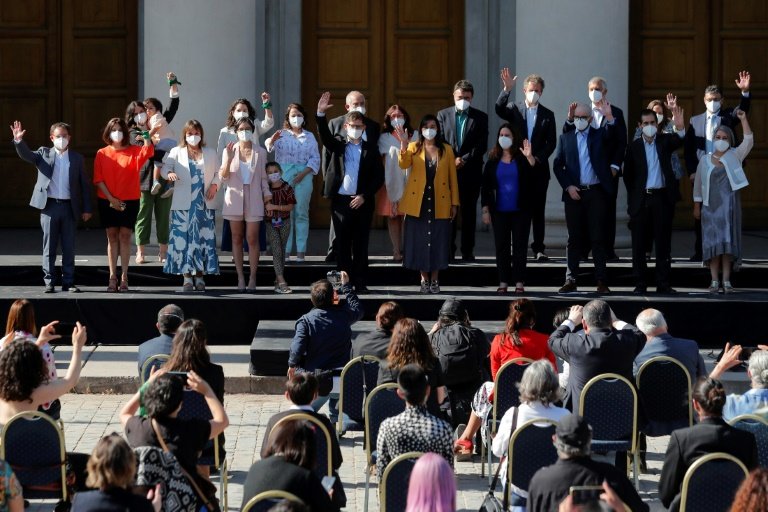 For interior minister, Boric chose Izkia Siches, 35, a surgeon who in 2017 became the first female president of the Medical College, a professional association of physicians.

The team also includes former student leaders and lawmakers Giorgio Jackson and Communist Camila Vallejo, who together with Boric led protests in 2011 for free schooling.

Maya Fernandez -- the granddaughter of Marxist former president Salvador Allende who died in the 1973 coup d'etat led by Pinochet -- will be defense minister.

The new foreign minister will be 53-year-old lawyer Antonia Urrejola, former president of the Inter-American Commission on Human Rights

"We are accompanied in this team of ministers by people of diverse backgrounds and training, a diverse cabinet," said Boric as he unveiled his team.

The average age is 49. The youngest, at 32, is new Women's Affairs Minister Antonia Orellana. Seven of the cabinet members are in their 30s.

Boric, elected at 35, will be Chile's youngest-ever president and one of the youngest in world history.

On Friday, Boric named his priorities: managing the coronavirus pandemic, encouraging economic growth with social inclusion and ensuring the success of the process to write a new constitution to replace the Pinochet-era document still in place.