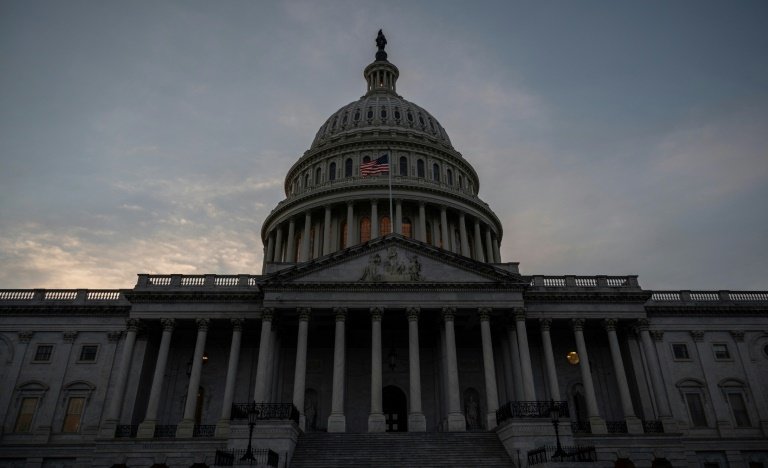 A US Senate panel endorsed legislation Thursday that would block tech giants from prioritizing their products over those of smaller rivals, a potentially major reform that will face a tough fight in Congress.

Partisan deadlock has doomed a series of previous bills aimed at cracking down on problems ranging from privacy to business competition for these goliaths, but the 16-6 vote by the Judiciary Committee signalled some momentum.

The American Innovation and Choice Online Act was advanced with bi-partisan support, setting it on a path to be considered by the full Senate -- but still a long ways from being law.

Under the bill, dominant platforms like Amazon or Google would be barred from discriminating against other companies that rely on their services to do business.

For example, Amazon would not be allowed to list its brand of products higher than a competitor that also uses the platform to sell to consumers.

Even though Thursday's hearing is just one step in a lengthy potential journey to President Joe Biden's desk, Big Tech firms have flexed their muscle in opposition.

"I spent about 40 minutes on the phone yesterday with Tim Cook, the CEO of Apple, who expressed significant concerns about the bill," conservative Senator Ted Cruz told the hearing, before voting in favor of the legislation.

However, US lawmakers have long lagged behind the technology and social issues it has become entwined in, while Republicans and Democrats have been unable to agree on an approach.

Yet the efforts targeting the industry's titans have drawn support from smaller companies like review site Yelp and web privacy service DuckDuckGo.

"Dominant technologies companies' ability to give their own products and services preferential placement, access, and data on online platforms and operating systems prevents companies like us from competing on the merits," over three dozen firms told lawmakers in a letter.

The bill, however, comes as Biden's Democrats have the narrowest of control over Congress, with legislative elections set for November.

Biden has struggled to get major portions of his domestic agenda through Congress, seeing setbacks on voting rights as well as his social spending package.

Yet Senator Amy Klobuchar argued Thursday that taking on Big Tech is vitally important, too.

"What this is about, at its core, is monopolies," she told the hearing. "We have to look at this differently than just start-up companies in a garage. That's not what they are anymore."