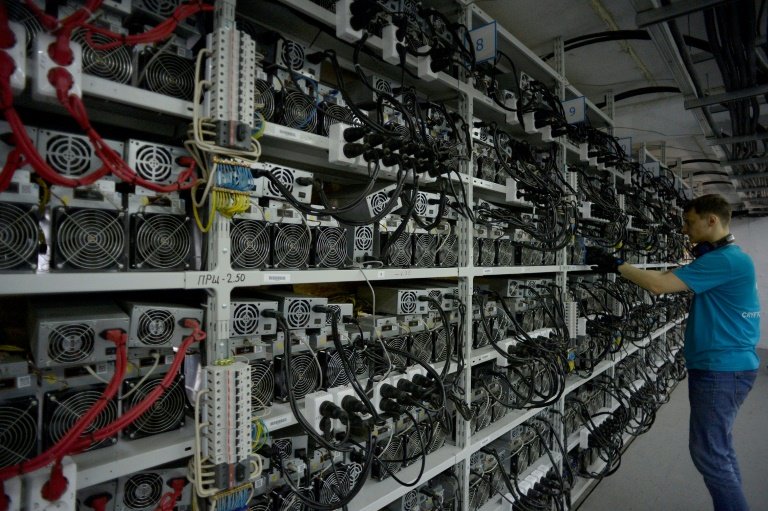 Russia is one of the world's largest crypto-mining nations, but the activity could soon be banned / © AFP/File

The Russian central bank proposed Thursday cracking down on cryptocurrencies, a move which if adopted could disrupt the burgeoning virtual money sector as Russia is one of the largest crypto-mining nations in the world.

Russian authorities have for years criticised cryptocurrencies over fears they can be used for illegal activities and have called for regulation.

Authorities granted cryptocurrencies legal status in 2020, but their use in payments was never authorised.

The Bank of Russia called Thursday for reinforcing the ban on cryptocurrency payments, banning crypto-mining, and tightening laws on trading virtual money.

"The use of cryptocurrencies creates significant threats to the well-being of Russian citizens and the stability of the financial system," a report published by the central bank said.

It added that the swift growth of cryptocurrencies is driven by "speculative demand" that leads to the forming of a "bubble".

The report added that cryptos resemble financial "pyramid schemes" because their value increases with the emergence of new players on the market.

It estimated the annual transaction volume of Russian citizens at $5 billion.

The FSB cited concerns over Russians frequently using the hard-to-trace transactions to support "undesirable organisations", such as opposition groups.