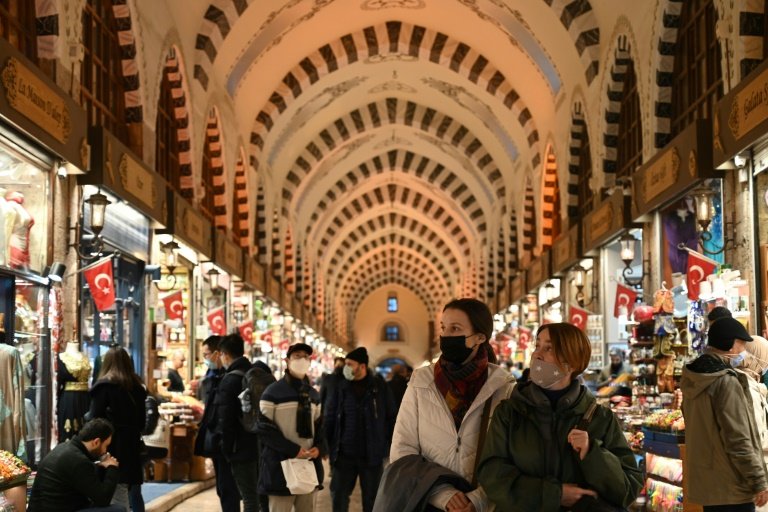 Turkey's central bank on Thursday bowed to market pressure and halted a four-month streak of interest rate cuts that saw inflation soar and the currency collapse.

The bank left its policy rate at 14 percent two days after President Recep Tayyip Erdogan -- a fervent opponent of high interest rates -- said future reductions could come "gradually and without any rush".

Erdogan has been waging a "war of economic independence" designed to break Turkey's dependence on foreign currency inflows by boosting cheap lending and revving up exports.

But the policies have seen the emerging country's economy spin dangerously out of control.

Turkey's annual inflation rate has shot to a 19-year high of 36 percent and is expected to keep climbing.

The lira lost 44 percent of its value against the dollar and became the world's worst-performing emerging market currency last year.

And the central bank's net reserves -- a gauge of both Turkey's economic health and ability to withstand a potential banking crisis -- have dropped from $21.1 billion (18.6 billion euros) in mid-December to $7.9 billion on January 7.

"The sharp falls in the lira risk entrenching inflation at very high levels," Jason Tuvey of Capital Economics said in a note to clients.

"And the weak lira could cause vulnerabilities in the banking sector to crystallise."

Erdogan has cited Islamic rules against usury to justify his belief that high interest rates cause inflation. Economists almost universally agree that the opposite is true.

Central banks hike rates in order to raise the cost of doing business when the economy is growing too fast. This helps bring down prices by reducing demand. 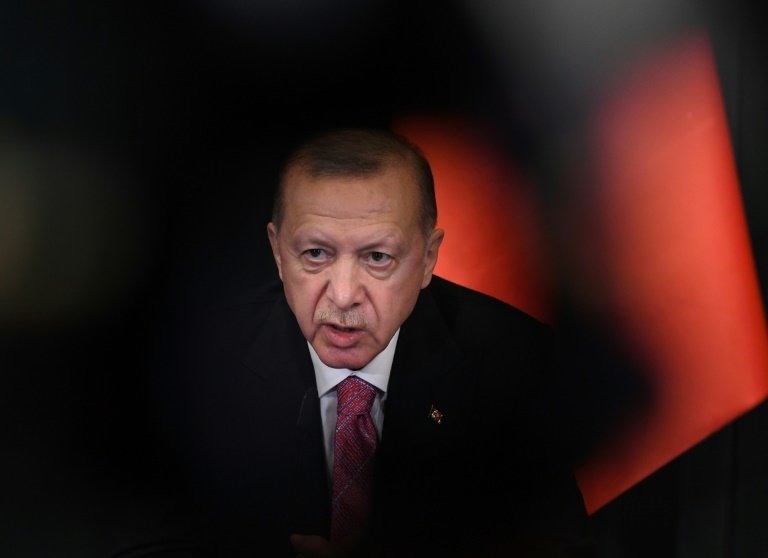 The central bank attributed the spike in inflation from 21.3 percent in November to 36.2 percent last month to "distorted pricing behaviour (caused by) unhealthy price formations in the foreign exchange market".

It also blamed outside factors such as high commodity prices and global supply chain bottlenecks caused by the coronavirus pandemic.

The lira edged up slightly after the announcement to around 13.3 to the dollar.

Economists believe the bank would need to hike its policy rate substantially in order to solve Turkey's accumulating problems.

Turks had been converting their liras into gold and dollars in order to shield themselves from price increases and an erosion of their purchasing power.

The government has tried to stem this tide by creating new bank deposits that effectively tie the value of the lira to the dollar.

He has also appealed on Turks' sense of patriotism while urging them to hold on to their liras.

"The Turkish lira is our money," he said in a traditional New Year's Eve address. "That is how we move forward -- not with this or that currency."

Yet fresh data released on Thursday showed that 62.2 percent of all Turks' deposits were still held in dollars.

The figure was down by just 1.4 percentage points on the week.

Economists believe that the mechanism is having only a marginal effect because it forces individuals and businesses to hold liras in the new deposits for at least three months.

Exporters are also unhappy with a new requirement to sell a quarter of their hard currency proceeds to the central bank.