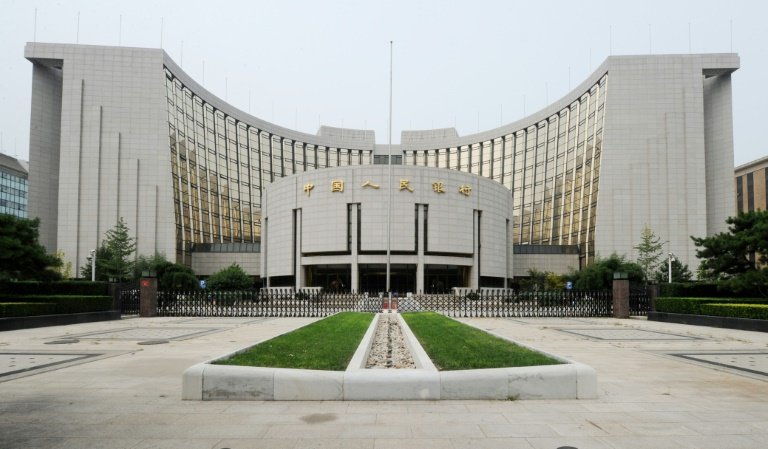 European stock markets mainly fell Thursday with sentiment jarred by sliding shares on Wall Street, which was rocked by surging global inflation and the prospect of rising interest rates.

New York's Nasdaq on Wednesday fell into a correction -- a decline of greater than 10 percent from its most recent peak -- as tech giants are more susceptible to higher borrowing costs.

On Thursday, London slid 0.1 percent with shares in drugmaker GlaxoSmithKline falling 1.0 percent after consumer goods giant Unilever said it would not lift its £50-billion bid for the consumer health care unit owned by GSK and Pfizer.

Unilever shares rose on the news.

Oil prices paused after a strong run-up this week on the back of expectations for improved demand as economies reopen and as unrest in the crude-rich Middle East sparks supply concerns.

Signs that Beijing was on a new monetary easing course also provided some crucial support to Chinese tech giants which have been hammered in recent months as they were caught in the clutches of a wide-ranging, private-sector clampdown.

The People's Bank of China on Thursday lowered a key bank lending rate for the second time in as many months, days after slashing its policy rate for the first time since the pandemic struck.

However, investors remain grounded by concerns about the US Federal Reserve's monetary policy plans as it battles soaring inflation, which has been stoked by a cocktail of surging demand, supply chain snarls, rising wages and a spike in energy prices.

Speculation is now growing that the bank will have to lift interest rates four times or more this year.

Some analysts are tipping a 50 basis-point hike in March, the first such move since 2000, while the bank has also said it plans to offload the bond holdings on its books that have helped keep costs down.

The inevitable end of the era of ultra-cheap cash -- which helped fuel a near two-year equity rally and economic rebound -- has weighed on global markets for months.