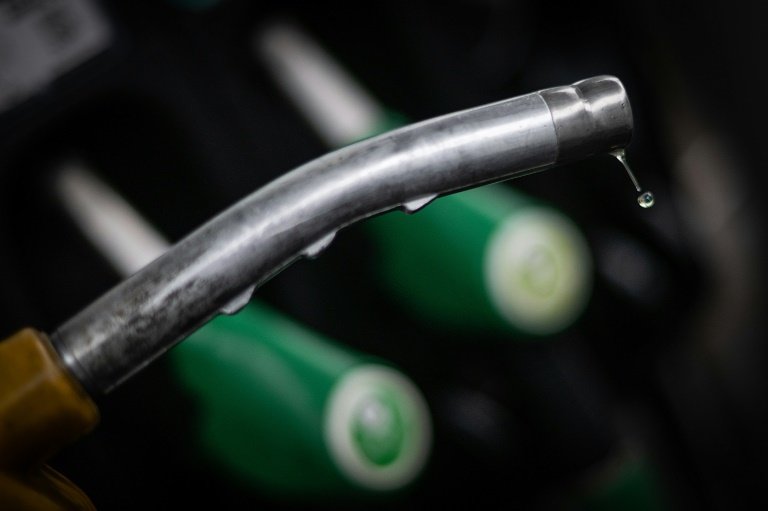 Crude oil prices have been striking seven-year highs, driving up prices at the pump and concerns about inflation and interest rate hikes / © AFP

After an up day in European equity markets, Wall Street stocks began the session on positive ground following good results from Procter & Gamble and other companies.

But stocks faltered in the afternoon, falling especially hard in the last hour of trading on weakening sentiment.

The early gains "looked like a good set-up for an equity rebound, but unfortunately, that didn't happen," Briefing.com said. "The inability to rebound from sizable losses deterred risk sentiment, fueling a belief that more downside was ahead."

All three major indices dropped one percent or more in the session, pushing the Nasdaq into a correction -- a decline of greater than 10 percent from its most recent peak.

Stocks have been under pressure for most of 2022 so far as the Federal Reserve has signaled a significant pivot in monetary policy with an accelerated phase-out of stimulus and interest rate cuts.

Investors were spooked Tuesday as the yield on the 10-year Treasury note jumped above 1.85 percent, amid expectations the Fed could hike interest rates as many as four times this year. The rate, a proxy for the interest rate outlook, remained near that level on Wednesday.

World oil prices zoomed to more seven-year peaks on renewed unrest in the crude-rich Middle East, and on expectations of resurgent post-pandemic demand.

The International Energy Agency lifted its forecast for 2022 oil consumption, now seen at 99.7 million barrels per day, above the pre-Covid level.

"If demand continues to grow strongly or supply disappoints, the low level of stocks and shrinking spare capacity mean that oil markets could be in for another volatile year in 2022," the IEA said.