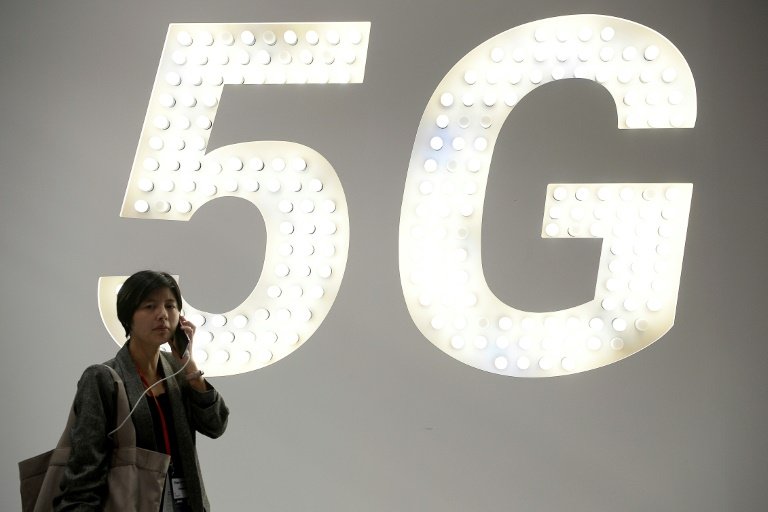 AT&T and Verizon agreed Tuesday to a partial delay in activating their 5G networks to allay airline safety concerns but several major international carriers said they were canceling or amending some US services.

Telecom giants spent tens of billions of dollars to obtain 5G licenses last year but aviation industry groups have raised concerns about possible interference with airplanes' radio altimeters -- which can operate at the same frequencies -- particularly in bad weather.

Japan's ANA and Japan Airlines were among the major airlines to announce flight cancellations on concerns over the 5G rollout, which had been scheduled for Wednesday.

"The US Federal Aviation Administration (FAA) has indicated that radio waves from the 5G wireless service may interfere with aircraft altimeters," ANA said in a statement.

"As a result, Boeing has announced flight restrictions on all airlines operating the Boeing 777 aircraft, and we have cancelled or changed the aircraft for some flights to/from the US based on the announcement by Boeing."

Emirates, the biggest 777 operator, said it had suspended flights to nine US destinations, including San Francisco, Chicago and Newark, because of "operational concerns" over the 5G rollout.

"We are working closely with aircraft manufacturers and the relevant authorities to alleviate operational concerns, and we hope to resume our US services as soon as possible," Emirates said in a statement late Tuesday.

Air India said it was canceling some US flights and changing aircraft types.

Delta also warned it was "planning for the possibility of weather-related cancellations caused by the deployment of new 5G service in the vicinity of dozens of US airports, starting as early as Wednesday."

The chief executives of the largest airlines in the United States have warned of a "catastrophic disruption" to travel and shipping operations if the 5G rollout went ahead as planned.

AT&T described its latest delay as voluntary and temporary, with a spokesperson saying it was working with the airline industry and the FAA "to provide further information about our 5G deployment, since they have not utilized the two years they've had to responsibly plan for this deployment."

"We are launching our advanced 5G services everywhere else as planned with the temporary exception of this limited number of towers."

A Verizon spokesperson said the company would begin 5G service on Wednesday for some 90 million Americans, but the firm has "voluntarily decided to limit our 5G network around airports."

"The Federal Aviation Administration and our nation's airlines have not been able to fully resolve navigating 5G around airports, despite it being safe and fully operational in more than 40 other countries," the spokesperson said.

It was unclear how long the pause would last.

President Joe Biden welcomed the delay, saying the deal would "avoid potentially devastating disruptions to passenger travel, cargo operations and our economic recovery, while allowing more than 90 percent of wireless tower deployment to occur as scheduled."

Federal Communications Commission chairwoman Jessica Rosenworcel commended the agreement, adding that 5G can safely coexist with the US aviation industry "just as it does in other countries around the world."

"The FAA has a process in place to assess altimeter performance in the 5G environment and resolve any remaining concerns," she said in a statement. "It is essential that the FAA now complete this process with both care and speed."

Airlines for America, a Washington lobby representing carriers, said it had not seen details of AT&T and Verizon's plans but that the "pause provides the opportunity to ensure all stakeholders, consumers and the US economy are served in the long-run."

Verizon and AT&T have already twice delayed the launch of their new C-Band 5G service due to warnings from airlines and aircraft manufacturers concerned that it might interfere with instruments used to measure altitude.

The FAA said Sunday it had approved some transponders to be safely operated within areas where 5G will be deployed, clearing "as many as 48 of the 88 airports most directly affected by 5G C-Band interference."

But the airlines in a letter to government officials worried that the remaining limitations at those airports, as well as a large amount of equipment still uncertified, could trigger a crisis that would ground thousands of flights.

The letter was signed by CEOs of major airlines including American, United, Delta and Southwest, as well as the leaders of shipping giants FedEx and UPS.