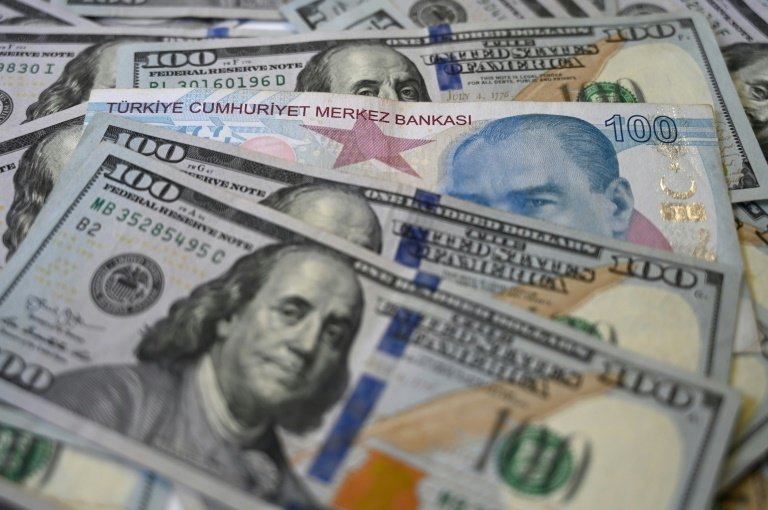 S&P Global Ratings on Friday changed its outlook for Turkey's credit rating to negative from stable, as the country struggles with high inflation and a depreciating currency.

Turkey's annual inflation has surged above 20 percent to its highest level in three years after President Recep Tayyip Erdogan installed loyalists at the central bank who share his unorthodox vision that high borrowing costs cause inflation rather than slow it down.

The move was part of Erdogan's strategy to revive his sagging approval numbers ahead of an election due by 2023.

In justifying its outlook downgrade, S&P pointed to both price increases and the lira currency's loss in value as risks.

"The negative outlook reflects what we view to be rising risks to Turkey's externally leveraged economy over the next 12 months from extreme currency volatility and rising inflation, amid mixed policy signals," the ratings agency said.

S&P made no change in its ratings of Turkey's debt.

But it warned that could change if the government's policies "further undermined the exchange rate of the lira and worsened the inflation outlook, heightening the risk of banking system distress."