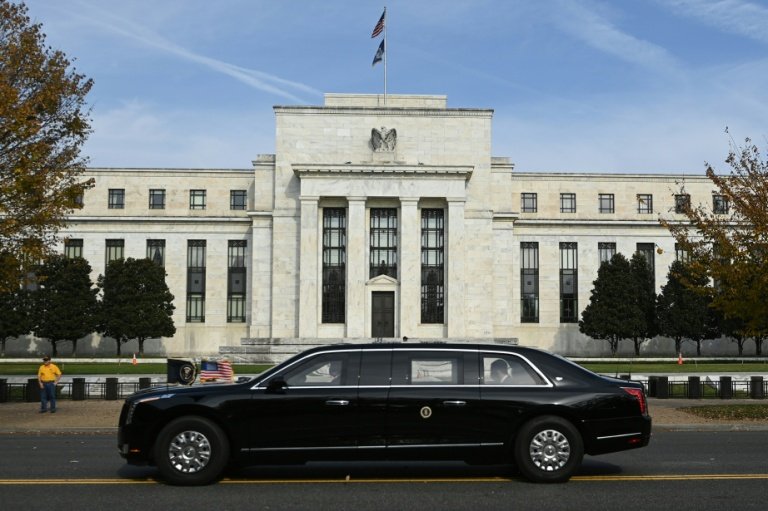 At the meeting where they announced the rollback of their pandemic stimulus measures, some Federal Reserve officials wanted swifter action and worried about price increases, according to minutes released Wednesday.

The Fed earlier this month announced it would begin the process of tapering its monthly purchases of bonds and securities meant to help the economy weather the Covid-19 downturn, at a pace that would put the central bank on track to end them entirely by the middle of next year.

The announcement came as inflation climbs well above the Fed's two-percent target, upping pressure on top officials including Chair Jerome Powell who have said the price increases will be temporary and hiking rates too early could prevent jobless people from being rehired.

"A number of participants discussed the risk that, in light of recent elevated levels of inflation, the public's longer-term expectations of inflation might increase to a level above that consistent with the committee's longer-run inflation objective," according to minutes from the November 2-3 meeting of the Federal Open Market Committee (FOMC).

The Fed had been buying at least $80 billion in Treasury bonds and at least $40 billion in mortgage-backed securities each month.

However the minutes said, "Some participants preferred a somewhat faster pace of reductions that would result in an earlier conclusion to net purchases."

Controlling inflation is part of the Fed's mandate, and the central bank's most potent tool to do that is through interest rates.

Fed officials have made clear they won't lift their rate from zero until the asset purchase taper is over, and speeding up that process would allow them to do so sooner.

However the post-meeting statement said Fed officials were "prepared to adjust the stance of monetary policy as appropriate if risks emerge that could impede the attainment of the committee's goals."

That language was deliberately inserted, the minutes show.

"Members agreed that the addition of this language would acknowledge the importance of maintaining flexibility to adjust the stance of policy as appropriate in response to changes in the committee's outlook for the labor market and inflation," according to the document.