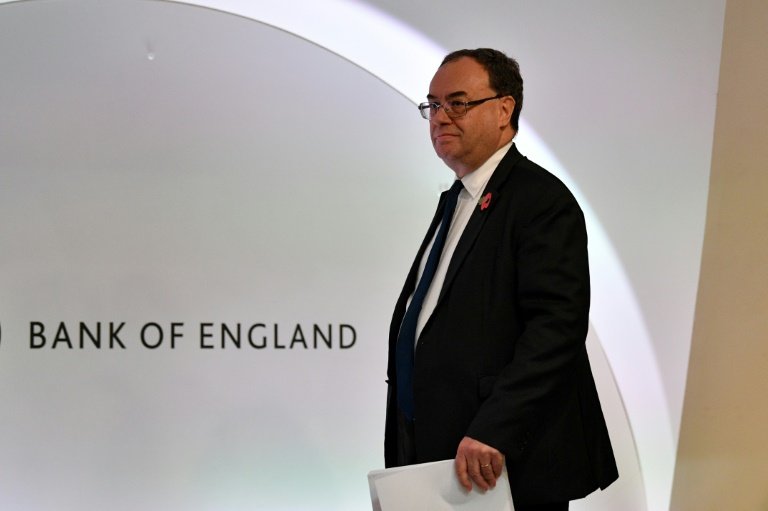 Global stock markets mostly rose on Thursday, with US tech stocks again hitting new highs a day after the Federal Reserve said it would start "tapering" its pandemic support program.

Meanwhile, the Bank of England opted to keep its gunpowder dry on possible policy moves for now, confounding many market players who had been betting on an interest rate hike and sending the pound lower against the dollar.

The BoE left benchmark borrowing costs at the current low of 0.1 percent and kept its bond-buying stimulus program unchanged.

The decision "will come as a surprise to some in markets," said Berenberg economist Kallum Pickering. But it was "the correct decision."

"By keeping rates on hold, the BoE will force markets to reconsider the likely path of rates over the coming years," he said.

Stock prices in London pushed higher after the announcement.

The BoE move was in contrast to the US Federal Reserve decision on Wednesday to start slowing the monthly pace of stimulus bond purchases, cutting $10 billion in Treasuries and $5 billion in mortgage-backed securities every month.

That announcement fueled another record rally on Wall Street and bumper gains across Asia and Europe.

The good cheer continued on Thursday, with Frankfurt closed above 16,000 points for the first time and Paris set a record close for the third day running.

On Wall Street, the Nasdaq and S&P 500 closed at all-time highs once again, while the Dow slipped slightly back from the previous day's record close.

US tech companies have benefitted greatly from the money injected into the markets by the Fed's quantitative easing.

The slow tapering of the asset purchases and the Fed's indication it is in no rush to raise interest rates helped boost sentiment.

The announcement brought to an end months of speculation about the Fed's plan, and removed some unease among traders who were concerned that officials were lax in responding to rocketing inflation.

The move makes the Fed the latest monetary authority -- after central banks in Canada and South Korea -- to begin winding back the measures put in place at the start of the pandemic which have been crucial to the global rebound and an 18-month equity rally.

At the same time, supply bottlenecks and shortages have caused global consumer prices to rise, prompting criticism that the Fed and other central banks have become overly complacent about inflation risks.

There was little relief for concerns about high oil prices when OPEC and its allies decided on Thursday to make only a planned modest increase in output despite appeals from consumer nations to boost production.

Oil prices gave up their gains following the decision, but remained around $80 per barrel.