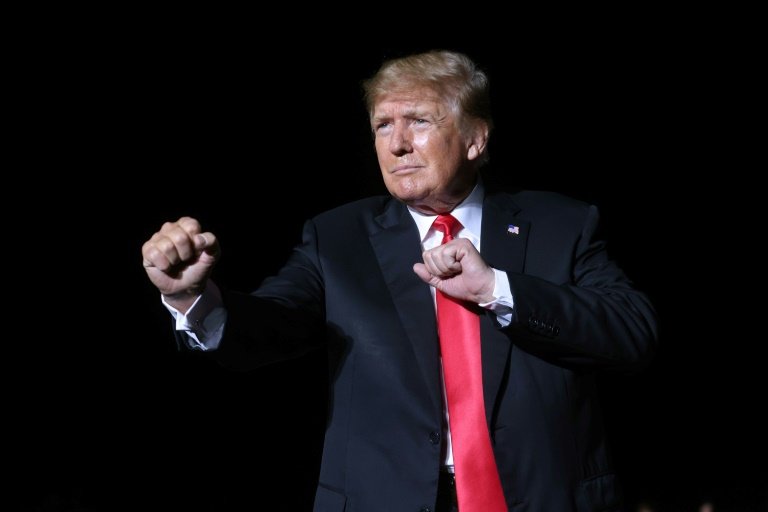 Avila told the online news outlet Axios that he expected Trump's new social network to have more than 75 million users, and the web hosting company has been "laying the groundwork for that."

"That's why there will be servers everywhere," Avila said in an interview with Axios published on Tuesday.

Trump was banned from Twitter and Facebook after the January 6 insurrection, but the RightForge CEO said he believed that the former president should not be silenced.

"If you believe that the president should be de-platformed, we believe that you're not really interested in living in a free country," Avila told Axios.

"And that's really what we're all about is making sure that America stays true to its core ideas, and that the marketplace of ideas stays open."

Avila said that RightForge began building a global network after Trump was booted off social media and Amazon pulled the plug on the right-wing social network Parler.

The move further fueled speculation that the real estate titan is gearing up for another presidential run in 2024.

In a statement Tuesday, Trump said the Trump Media and Technology Group, in addition to Truth Social and an on-demand video streaming service, "sees opportunities" in other key areas ranging from web services to payment processing.

"We've seen a sitting president of the United States effectively silenced by a small oligarchy of tech titans and 'mainstream' media corporations," he said.

"I am determined to break their chokehold over the voices of the American People -- not just for myself and my own supporters, but for the United States of America!"

Facebook banned Trump indefinitely on January 7, a day after his supporters attacked the Capitol to try to prevent certification of Joe Biden's election victory, and later narrowed the ban to two years.

Twitter permanently suspended Trump's account -- which had more than 88 million followers at the time -- due to the "risk of further incitement of violence."