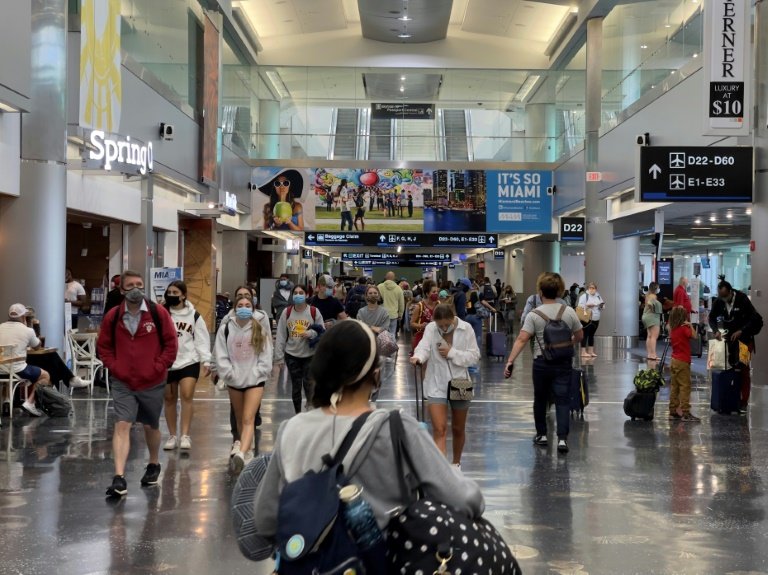 More Americans say they plan to take a vacation than at any other time since the Covid-19 pandemic hit, according to The Conference Board / © AFP/File

US consumer confidence bounced back in October after falling for three consecutive months as fears about the latest wave of Covid-19 infections diminished, according to an industry survey published Tuesday.

The Conference Board reported its consumer confidence index jumped to 113.8 from 109.8 in September, although that remains below the peak in June when the virus seemed to be retreating, allowing the economy to reopen.

"Consumer confidence improved in October, reversing a three-month downward trend as concerns about the spread of the Delta variant eased," said Lynn Franco, senior director of economic indicators at The Conference Board.

Meanwhile, nearly half of respondents said they intend to take a vacation within the next six months, "The highest level since February 2020, a reflection of the ongoing resurgence in consumers' willingness to travel and spend on in-person services," Franco said.

However, "short-term inflation concerns rose to a 13-year high," of seven percent, although that seemed to have only a muted impact on confidence.

Consumers were more upbeat about the present status of business conditions and the labor market, as well as the outlook for six months out, although that was more mixed, according to the report.

"Covid, in short, is peoples' main focus, and the steep and sustained drop in cases over the past six weeks is pushing confidence up. Confidence rose in every region of the country," said Ian Shepherdson of Pantheon Macroeconomics.