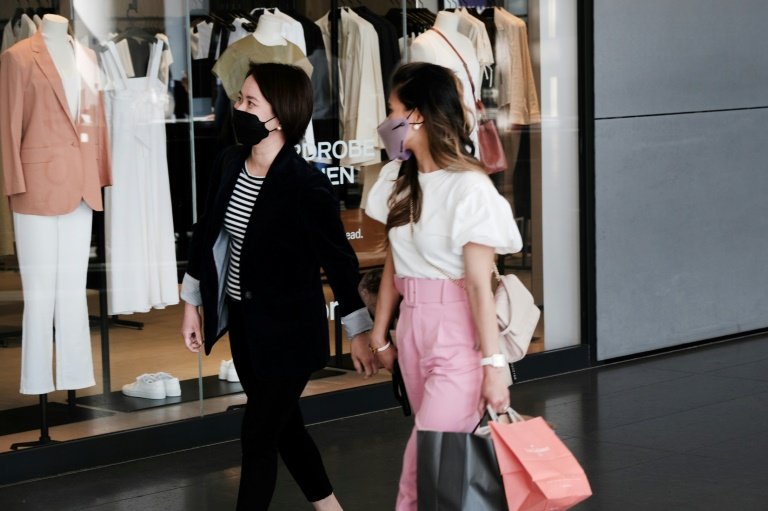 European and US stocks rose Tuesday following another batch of mostly strong earnings that have offset lingering worries about inflation and supply chain woes.

The Dow and S&P 500 finished at fresh all-time highs, joining bourses in London, Paris and Frankfurt in advancing.

While the results have not been universally good, most companies have outperformed and fears about higher costs dragging down profitability have not been realized.

"This is the first quarter in the entire cycle that the market is really focused on margin pressures and supply chain disruptions ... but so far, so good," said Art Hogan, chief strategist at National Securities.

"For the time being, I think investors are able to look at the supply constraints as a temporary issue and the surging demand as the real driver for earnings growth in the future."

Besides earnings, markets also got support from data showing a rebound in US consumer confidence and jump in US new home sales.

The company, which faces a storm of criticism over its handling of disinformation and other public policy questions, authorized $50 billion in share repurchases.

Other large technology companies such as Apple and Amazon advanced Tuesday ahead of earnings reports due later in the week.

In Europe, the European Central Bank holds its latest policy meeting on Thursday, with traders looking for an idea about its plans for monetary policy in light of surging global inflation.

The gathering comes as policymakers around the world begin to remove the ultra-loose measures put in place at the start of the pandemic, with the Bank of England tipped to lift interest rates this year, following moves by South Korea and New Zealand.

The euro hit a 20-month low against the British pound on expectations the Bank of England will raise rates before the ECB.

"The health of the German economy, Europe's biggest, remains a concern after a gauge of business confidence deteriorated for a fourth straight month in October and fell to six-month lows," said Western Union Business Solutions analyst Joe Manimbo.

"Still, the ECB may not sound overly dovish," Manimbo said, noting that inflation is running above the central bank's target level.

But Hong Kong and Shanghai dropped following news that developer Modern Land had missed a bond payment in the latest sign of stress in China's property sector.

Investors also have concerns about the possible impact of the latest Delta outbreak in China.

Officials put the city of Lanzhou, with a population of four million, under lockdown on Tuesday, with residents told not to leave home except in emergencies.