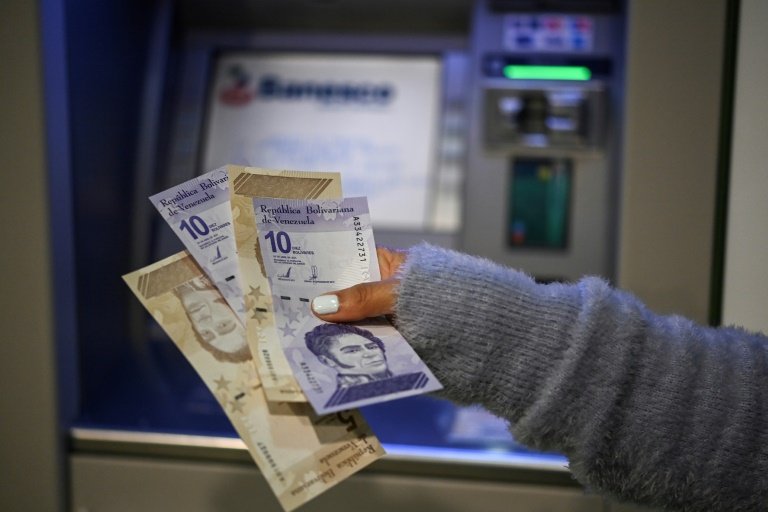 The official exchange rate of Venezuela's bolivar went from 4.18 million to the US dollar overnight to just 4.18 as the impoverished country slashed six zeroes off its inflation-battered currency Friday to simplify transactions.

It is the third banknote reform in 13 years, with a staggering 14 zeroes shed since 2008 -- giving Venezuela the dubious distinction of becoming the South American country to have lopped the most zeroes off its currency.

"Everything expressed in national currency shall be divided by a million," the central bank announced.

Housekeeper Josefina Galindo said that she "went shopping without problems this morning. The new prices were displayed above the old ones. And there was always the price in dollars."

"The price (in dollars) has not changed," added the 52-year-old, who was shopping in the upscale Caracas district of Chacao but said she had still paid in old prices using the old bolivars when she took the bus from her working-class neighborhood of Coche.

The electronic platform of the public Banco de Venezuela, which has 14 million clients, was also down by mid-afternoon, with those trying to make internet transactions encountering a message apologizing for the inconvenience.

Venezuela, the once-rich oil producer, is battling its eighth year of recession and hyperinflation that reached nearly 3,000 percent in 2020 and more than 9,500 percent the year before, according to central bank figures.

Economic consultancy Ecoanalitica expects the 2021 figure to come in at around 1,600.

In May, the government tripled the minimum monthly wage but the new amount was not enough even to buy a kilogram of meat.

Three in four Venezuelans today live in extreme poverty, according to a recent study, with the economic crisis made worse by US sanctions and the coronavirus pandemic.

Millions have left the country in recent years to try their luck elsewhere.

With the bolivar losing nearly all its value, seven one-million bolivar notes -- very hard to come by -- were needed to pay for one loaf of bread before Friday's currency update. 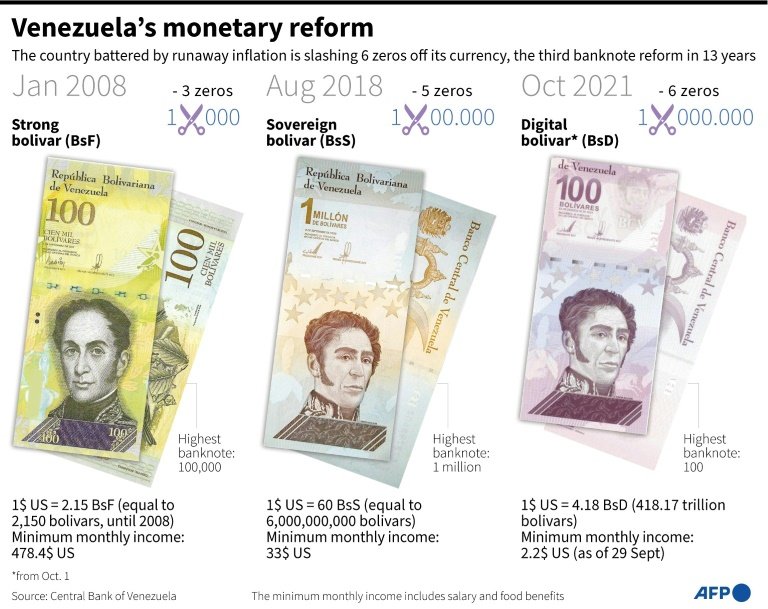 The government issued new banknotes in denominations of five, 10, 20, 50, and 100 bolivars, as well as a one-bolivar coin, but has said that it wants the economy to become entirely digital.

Analysts read this as a way to avoid printing money that will just continue devaluing, eventually requiring another readjustment.

The biggest note in the retiring bolivar family, with a face value of a million, is worth barely $0.25 -- not enough to buy a piece of candy. It will remain in circulation in parallel with the new notes for a few months.

According to Luis Arturo Barcenas of Ecoanalitica, the readjustment reflected a "lack of capacity by the economic actors in Venezuela to control hyperinflation," a phenomenon that "has greatly impoverished the population." 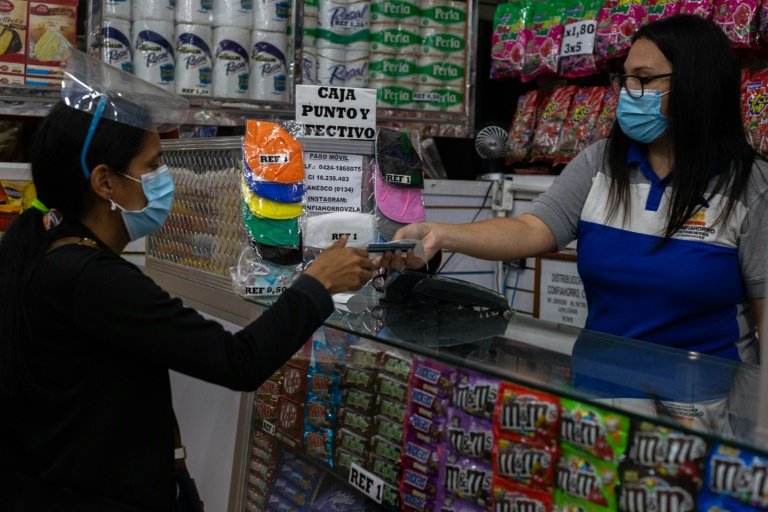 Workers found themselves receiving salaries paid in millions of bolivars that are effectively worth nothing.

In Venezuela, the minimum public service wage is the equivalent of $2.5 per month and the average salary is about $50, while a basket of basic groceries for a family of five costs about $220.

With so many bolivars required for a simple purchase, and with notes in short supply, 70 percent of transactions in the country are conducted in US dollars, according to private sector estimates.

Prices on many shop shelves are displayed in the US currency, to keep things simpler.

In Venezuela's border regions, it is common to also pay for goods in Colombian pesos or Brazilian reais, and even grams of gold.

In the 24 hours leading up to Friday's recalibration, the dollar soared on the black market though the central bank kept the official exchange rate stable. 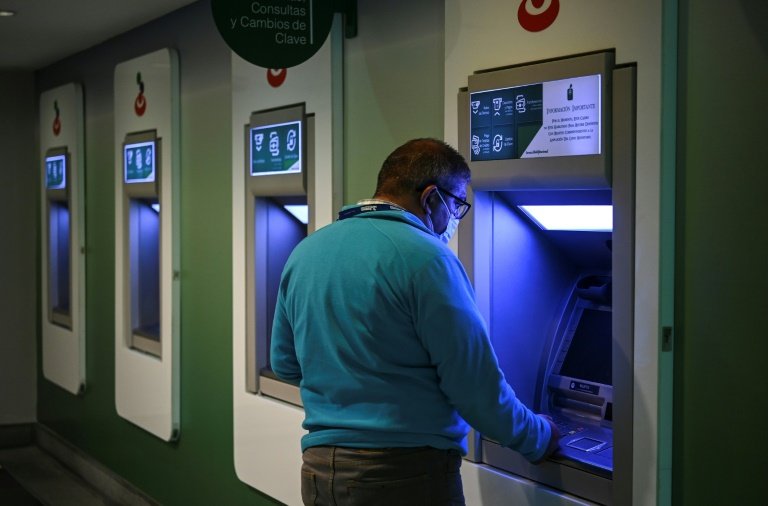 By morning, some shops had already adopted the new bolivar and re-priced their goods.

"I made purchases this morning without problems," Josefina Galindo, a domestic worker, told AFP. She used her debit card -- the preferred method of payment when dealing in bolivars.