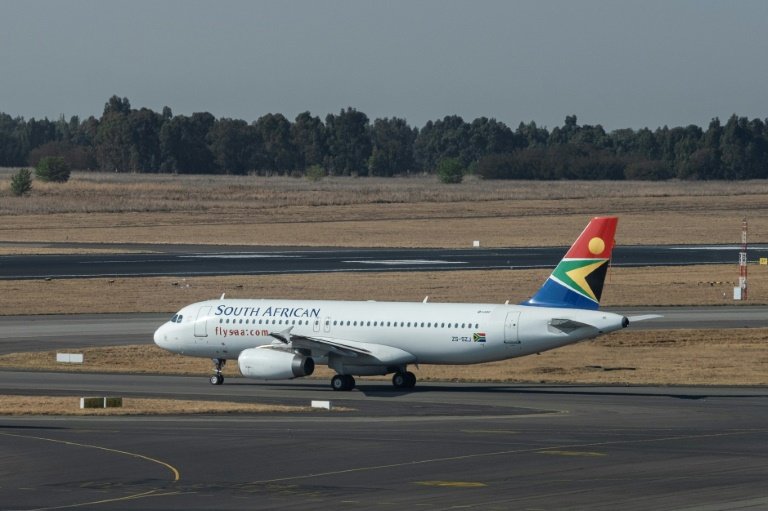 Back in business: The SAA flight readies for takeoff at Johannesburg's O.R. Tambo airport / © AFP

Passengers on the South African Airways (SAA) flight from Johannesburg to Cape Town were greeted on their departure by singing and dancing airline staff.

Once Africa's second-largest airline after Ethiopian Airlines, SAA had survived for decades on government bailouts and was shedding routes even before the Covid-19 pandemic struck.

The government agreed in June to sell a 51-percent stake to a group of investors called the Takatso Consortium, opening the way to a potential injection of $200 million (171 million euros).

Even after a state bailout of more than $500 million (426 million euros) and a restructuring of its debt, the airline only emerged from bankruptcy after slashing hundreds of jobs.

In addition to the domestic route that resumed on Thursday, SAA plans to begin regional services next week to Accra, Kinshasa, Lusaka, Harare and Maputo.

Chief finance officer Fikile Mhlonto said this week that the airline's fleet is down to six planes, from a previous 46.