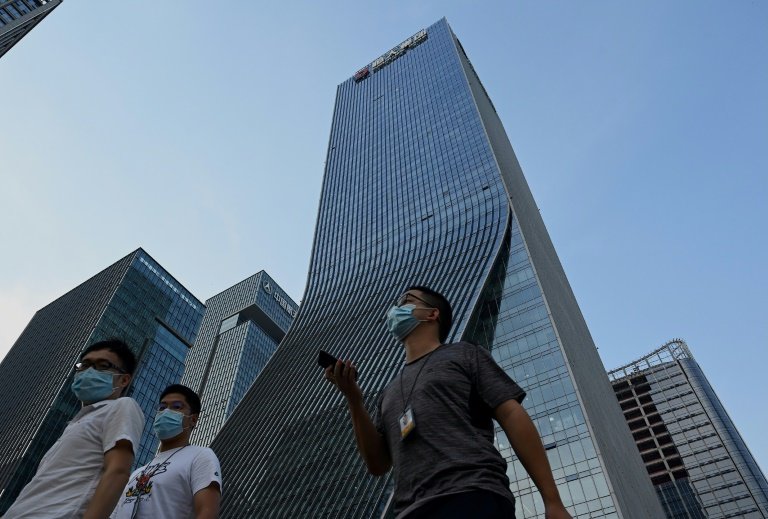 Nerves were settled by news that Evergrande had agreed a plan to repay interest on one of its key bonds, avoiding a default that many feared could hammer the domestic and global economy.

In a statement to the Shenzhen stock exchange, Evergrande's property unit Hengda said it had negotiated a plan to pay interest due on its 2025 bond, worth 232 million yuan ($35.9 million).

"It feels like we've reconciled that Evergrande is not going to be the start of a financial crisis," said Art Hogan, chief strategist at National Securities. "Some calm has been restored."

Later, the Fed announced that it expects to "soon" be ready to begin removing stimulus it provided during the pandemic.

The closely-watched announcement left policy unchanged for now, but new forecasts from central bankers show they expect at the first interest rate increase next year.

Powell said the asset purchases served as a "critical tool" to support the economy and functioning markets, but the effectiveness has waned.

The economy has healed to the point that the central bank could slow the pace of purchases "if progress continues broadly as expected," the policy setting the Federal Open Market Committee (FOMC) said in a statement after concluding its two-day meeting.

US stocks jumped around during Powell's press conference, but essentially held on to gains achieved earlier in the session following the reassuring news on Evergrande.

"The lack of a formal taper announcement is clearly dovish, compared to a somewhat surprising hawkish dot plot, which now increases the odds of a rate hike in 2022," Hodge said.

"At first blush, it appears that Powell has successfully threaded the needle again."