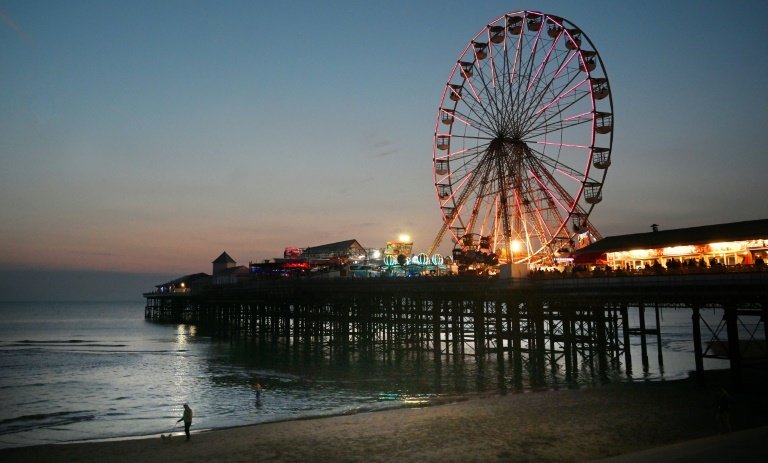 But the lifting of restrictions has helped domestic tourism, providing a boon to seaside resorts that were once Britons' favourite destinations before the advent of cheap overseas package holidays to warmer and sunnier climes. 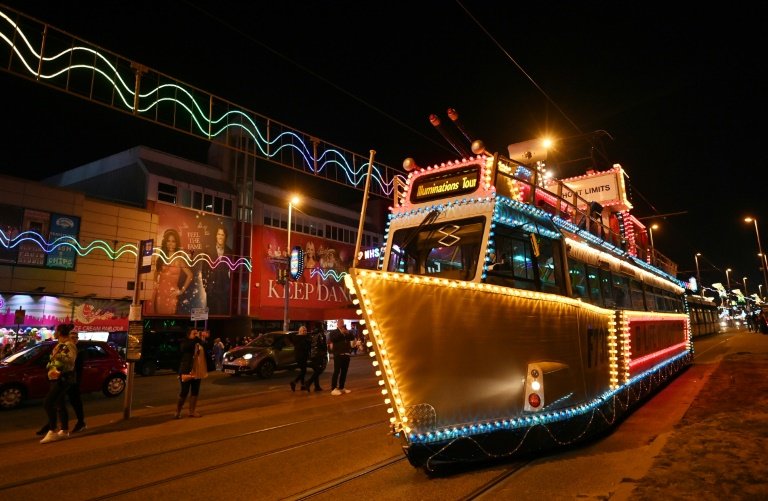 Blackpool, on the Irish Sea north of Liverpool and Manchester, embodies the rise and fall of the quintessential British seaside resort.

After the arrival of the railways, it became Britain's premier mass tourist destination in the 19th and 20th centuries for city dwellers to escape smog and enjoy bracing sea air and cheap entertainment.

But affordable air travel and holidays from the 1960s lured Britons overseas and knocked Blackpool off its perch. By 2008, it offered 40 percent fewer bed spaces than in 1987.

Once synonymous with leisure and pleasure, Blackpool became a byword for decline and poverty.

A 2019 UK government study found Blackpool had eight of England's 10 most deprived neighbourhoods.

And its historic dependence on tourism and hospitality meant the coronavirus pandemic dealt a devastating blow to the town's economy and vulnerable social groups.

But Blackpool and seaside towns like it have seen soaring domestic visitor numbers while international travel remains unpredictable.

Owen Wells, 23, a flamboyantly dressed welder, plumped for Blackpool instead of the hard-partying Spanish resort of Magaluf to celebrate his bachelor party.

"With Covid, it's been awkward. A lot of my friends haven't been vaccinated. It's where we can go where we don't have to isolate for two weeks," he told AFP.

Administrator Michelle Potter, 55, said she was a seasoned visitor to Spain, Turkey and Cyprus but this year opted to take her nine-year-old daughter to Blackpool.

"I couldn't be bothered with the hassle of going abroad and having to stick to restrictions. The UK is just as good," she added. 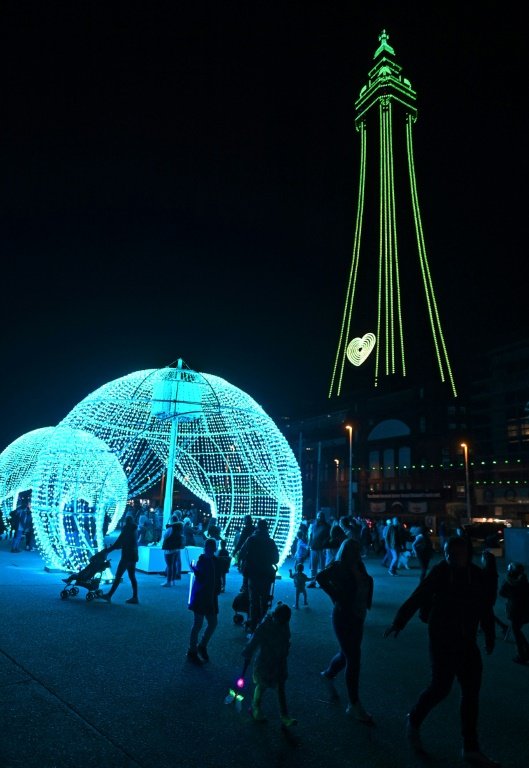 Surveys by Britain's tourism board have indicated that domestic holidaymakers have preferred traditional coastal towns this summer.

Rail and coach companies have recorded strong demand for other classic destinations such as Brighton and Bournemouth in southern England, and Scarborough in the north.

Blackpool restaurant owner Alex Lonorgan, 37, has enjoyed two busy summers in a row amid the hardship of three pandemic-enforced closures since March 2020.

"It's been amazing that so many families have had something different by having a UK holiday -- Blackpool is going to be back on everybody's map," he said.

Lockdowns were also tough for 18-year-old Alfie Hayden, a doughnut and sweets seller.

His shop had to shut on multiple occasions but the future seems brighter, even if trade has not reached pre-pandemic heights.

"We were losing a lot of sales and it wasn't very good. It is what it is," he said.

"This is the best place to come for a quick getaway and it's brought up our sales a lot."

Blackpool "has changed from when people came as a child and how it's portrayed. But we won't change in that we are a welcoming seaside resort," she added.

Vaccines may tame the pandemic across Europe and North America and facilitate international travel again, meaning the British seaside's revival could be a flash in the pan.

But Williams believes Blackpool's renaissance will be sustainable, as Britons rediscover attractions closer to home.

"The three piers and the tower -- no one else has that. To see the tower lit up in all its glory is a lovely sight," she said.

Lonorgan added: "A lot of people come religiously to Blackpool every year -- that group has grown.

"That should have a knock-on effect. The positive side of a very difficult 18 months for Blackpool is that people have seen how good it is. Long may it continue."