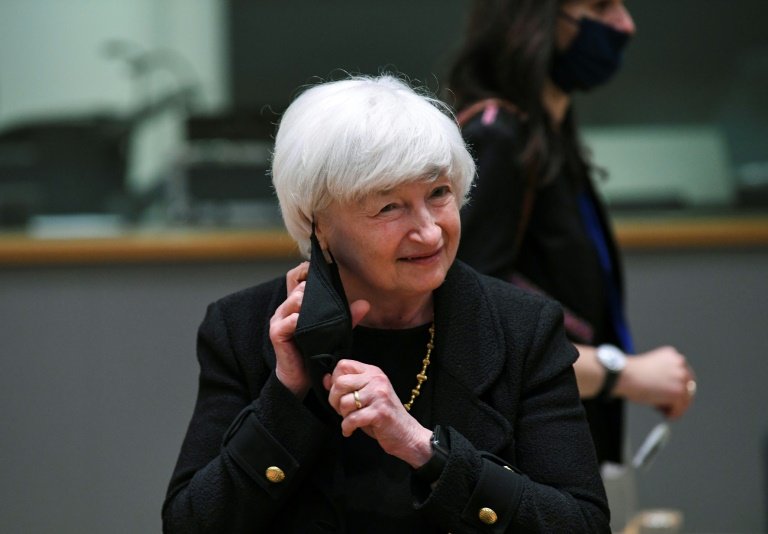 The United States will hit its debt limit on August 1, Treasury Secretary Janet Yellen said, but the government is not expected to run out of money until October or November / © AFP/File

Congress suspended the debt limit in 2019 but that exemption expires in about two weeks, and Yellen warned of dire consequences if Congress fails to act.

"If Congress has not acted to suspend or increase the debt limit by Monday, August 2, 2021, Treasury will need to start taking certain additional extraordinary measures in order to prevent the United States from defaulting on its obligations," Yellen said in a letter to Democratic and Republican lawmakers in Congress.

The US national debt has soared during the Covid-19 pandemic after Washington approved three massive spending bills aimed at lessening the damage from its economic impacts.

The nonpartisan Congressional Budget Office (CBO) said the national debt as of the end of June was $28.5 trillion, and this year's budget deficit will be $3 trillion, second only to the record deficit in 2020.

Yellen stressed that raising the debt limit does not increase spending but simply allows Treasury to finance actions already approved by the legislature.

"The current level of debt reflects the cumulative effect of all prior spending and tax decisions, which have been made by administrations and Congresses of both parties over time," she said.

"Failure to meet those obligations would cause irreparable harm to the US economy and the livelihoods of all Americans."

She said Treasury would stop selling State and Local Government Series securities July 30 and will not resume those sales until the limit is raised.

However, CBO says that Treasury should be able to keep paying the government's bills until October or November, after which point it would have to either delay making payments or default, which could cause economic chaos.

Raising the debt ceiling has been a contentious issue in Congress for the past several years, and a 2011 standoff caused US soverign to lose the coveted AAA rating.

"I can't imagine there will be a single Republican voting to raise the debt ceiling after what we've been experiencing," he said this week in an interview with Punchbowl News.