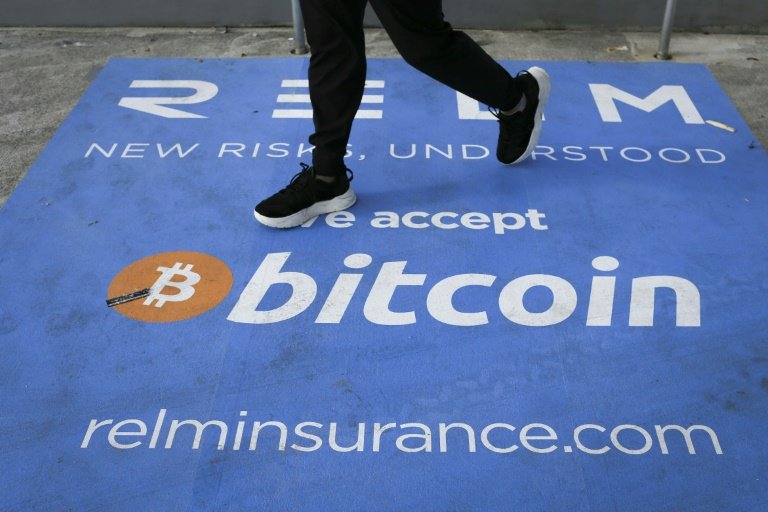 China is increasingly cracking down on bitcoin and cryptocurrency, fearing the proliferation of illicit investments and fundraising / © AFP/File

Cryptocurrency prices have fluctuated wildly in recent weeks as China intensifies a crackdown on trading and mining operations.

On Monday bitcoin slumped more than 10 percent after Beijing pulled the plug on the massive mines of Sichuan province.

China's regulatory assault on the digital currency has crypto watchers reaching for answers as to why Beijing is clamping down now and what it means for the market.

- Why the crypto crackdown? -

Beijing craves control, with the financial system now increasingly in its sights.

Bitcoin, the world's largest digital currency, and other cryptos cannot be traced by a country's central bank, making them difficult to regulate.

Analysts say China fears the proliferation of illicit investments and fundraising -- it also has strict rules around the outflow of capital.

"China does not have an open capital account and cryptocurrencies circumvent this which is an anathema to China's authorities," Jeffrey Halley, Asia Pacific analyst at Foreign Exchange trading firm Oanda, told AFP.

But the crypto crackdown also opens the gates for China to introduce its own digital currency, already in the pipeline, allowing the central government to monitor transactions.

While crypto creation and trading have been illegal in China since 2019, Beijing's latest moves have led to its vast network of bitcoin miners shutting up shop.

Access to cheap power and hardware has allowed Chinese companies to process the vast majority of crypto transactions and generate the tedious hexadecimal numbers needed to mint new currency.

China relies on a particularly polluting type of coal, lignite, to power some of its mining and Bloomberg predicts it will not be able to meet its cryptocurrency industry's needs through renewable energy until 2060.

Crypto-mining is expected to use 0.6 percent of the world's total electricity production in 2021 -- more than the annual consumption of Norway -- according to Cambridge University's Bitcoin Electricity Consumption Index.

Chinese restrictions may in part be triggered by the fact that crypto's enormous power demands have led to a surge in illicit coal extraction, posing a serious risk to Beijing's ambitious climate goals.

Several provinces have ordered mines to close as the central government plays whack-a-mole with the shadowy sector.

Authorities in the province of Sichuan ordered the closure of 26 mines last week and told power companies not to supply electricity to the energy-guzzling facilities.

The hit on one of the largest mining provinces tanked the price of bitcoin to $32,309.

- What are China's digital currency plans? -

China launched tests for a digital yuan in March. Its aim is to allow Beijing to conduct transactions in its own currency around the world, reducing dependency on the dollar which remains dominant internationally.

"It is about making the yuan more internationally available whilst maintaining complete control," analyst Halley said.

But while countries race to get their own digital currencies in a market-leading position, experts say state-sanctioned digital money will not dampen the wider appeal of crypto as a safe place far from the reaches of governments.

"Bitcoin only marginally competes as a payment system," Leonhard Weese, Co-founder at The Bitcoin Association of Hong Kong said.

"At the moment, its main appeal is that it cannot easily be seized, censored and debased."