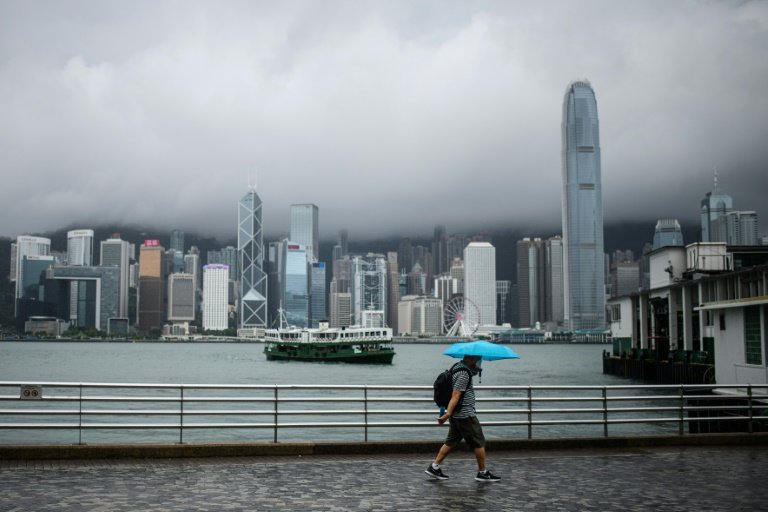 Taiwan said seven employees of its trade office in Hong Kong left the financial hub on Sunday after authorities there demanded they sign a pledge recognising China's sovereignty over the self-ruled island.

The move comes after both Hong Kong and Macau closed their trade offices in Taipei and as Beijing seeks to pile diplomatic and economic pressure on Taiwan.

Taiwan's Mainland Affairs Council (MAC) said Hong Kong's government had demanded its trade office staff sign a "one China pledge", which supports Beijing's view that the island is part of its territory.

"China and Hong Kong government use the 'one China pledge' to set up barriers and affect the rotation of staff and normal operations of our office in Hong Kong," Taiwan's MAC said in a statement on Sunday.

"We firmly reject the irrational political suppression of forcing our staff to sign the 'one China pledge,' and condemn the Chinese and Hong Kong authorities over this."

Just one Taiwanese employee is left in the office, although their visa runs out next month. The only remaining members will be local staff.

Chiu said that the pledge Hong Kong demanded staff sign also included a promise not to "interfere with Hong Kong's affairs, nor to do or say anything that undermines Hong Kong's stability and prosperity or that embarrasses the Hong Kong government".

Taiwan is a major trading partner with both China and Hong Kong but relations between their governments are cratering.

It accused Taiwan of "grossly interfering" in the city's affairs and causing "irretrievable damage" to relations.

Macau followed in shutting its office last Wednesday, saying it was having trouble getting visas for staff.

Both Hong Kong and Macau are semi-autonomous cities but Beijing decides foreign policy and is ramping up direct control in both former colonies.

China had encouraged trade offices when relations were warmer with Taiwan.

But after the 2016 election of Taiwan's President Tsai Ing-wen, Beijing cut official contacts and began a concerted pressure campaign.

Tsai's government is also a vocal supporter of democratic principles and has quietly helped open its doors to some Hong Kongers trying to escape Beijing's crackdown on dissent after huge democracy protests rocked the financial hub in 2019.