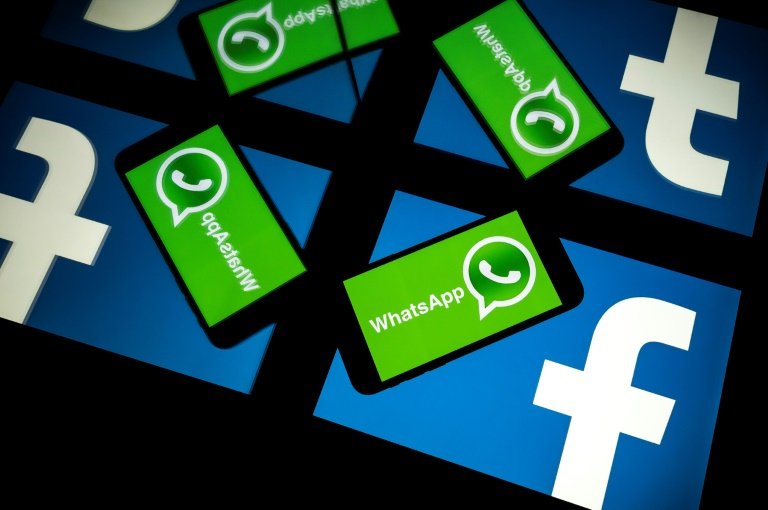 The regulations come amid growing tensions between the government and social media giants, with police investigating a move by Twitter to brand a tweet by a spokesperson for Prime Minister Narendra Modi's ruling party as "manipulative".

The new rules demand that social media companies give details of the "first originator" of posts deemed to undermine India's sovereignty, state security or public order.

They also require platforms to take down posts depicting nudity or manipulated photos within 24 hours of receiving a complaint.

Facebook-owned WhatsApp is alarmed at the bid to trace messages as well a threat of criminal action if it fails to comply.

Its case, filed to the Delhi High Court and obtained by AFP, said the government campaign "infringes upon the fundamental rights to privacy and free speech of the hundreds of millions of citizens using WhatsApp" in India.

"Citizens will not speak freely for fear that their private communications will be traced and used against them," it added.

A first hearing could be held this week. WhatsApp, which claims 500 million users in India, calls upon the court to declare the rules unconstitutional.

The company has said it will still cooperate with "valid legal requests" for information from authorities.

Facebook and Google have said they are working towards complying with the guidelines though they have sought talks with the authorities.

Indian business groups have also called on the government to delay implementation of the rules, which authorities say are necessary to make social media companies more accountable and to stop the spread of "fake news".

The government said in response that privacy is a "fundamental right" but was subject to "reasonable restrictions".

"Any operations being run in India are subject to the law of the land. WhatsApp's refusal to comply with the guidelines is a clear act of defiance of a measure whose intent can certainly not be doubted," the IT ministry said in a statement.

"It is in the public interest that who started the mischief leading to such crime must be detected and punished," the ministry added.

In a separate letter to social media companies, the ministry also asked for proof that they were observing the new rules, including the contact details of compliance officers.

Authorities have been accused of seeking to crack down on criticism.

Police this week visited Twitter's New Delhi offices as part of an investigation into the company's move to mark a tweet by a spokesman for the ruling Bharatiya Janata Party as "manipulated media".

Sambit Patra had shared a document that purported to be a plan from the opposition Congress party to malign the government's response to the Covid-19 pandemic. Congress said the document was a fake.

The government last month ordered Twitter and Facebook to remove dozens of posts critical of Modi's handling of the coronavirus crisis.

Twitter had earlier agreed to a government request to ban some accounts criticising new agricultural laws that have sparked six months of protests by disgruntled farmers.

The platform reversed the ban in February, drawing attacks from government MPs.

Pavan Duggal, an expert on India's cyber laws, said the new rules could be "game changing" for the social media industry.

"If the government wants these rules to be taken seriously, the criminal prosecutions are to come," he told AFP.